First up, a couple of reminders for you – Monday 18th (tomorrow!) marks the first of our FREE beginner lessons at the club, starting at 6pm.

ECF registered trainer and Hammer legend, Tony Niccoli, will be hosting the session. It is 100% totally FREE, generously supported by the Chelsea FC Foundation, and is aimed at beginners and those returning to the game. 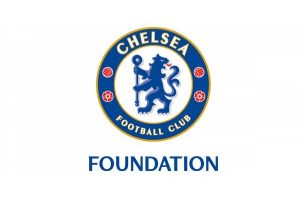 Anybody and everybody is welcome, so if you fancy a bit of top-level instruction on the wonderful game, just come on down. We are ridiculously excited about this initiative, and would love the local community to get involved – please spread the word!

Following that session, we then have TWO home matches in the Thames Valley league starting at 7.30pm, so we are asking anybody who would like to continue playing casual chess to kindly decamp to our ‘overflow facilities’ at the The Albion public house, on Hammersmith Road. We’ll have some boards setup there to cater for you.

If you do want to stick around at Lytton we will need to enforce a strict total silence policy throughout the duration of the matches, please.

Come next season, we’ll be running all home matches on Tuesday nights so our Monday’s will be free for casual chess & events, however we need to accommodate some home games on Monday for the remainder of this season, so we appreciate your help in making Lytton a great environment to play tomorrow night.

Thanks for your support!

The night the match might well have gone south, the Battle of Castagnaro March 11th 1387, was weighing heavily on my mind as I journeyed to the storied township of Kingston and a 14th Century pub. Read on…

That, and the troubling news in parliament, nothing was very propitious… But chess players are made of sterner stuff and must endure, right?

First to finish was our esteemed John White on board 3, whose opponent got up quickly, shook hands with John and left the room. John White smiled ruefully and mouthed a (grand master) draw.

10 minutes later Olivier Vigneron on board 5 finished, his opponent with the white pieces got a piece doubly pinned to the white king, and that piece was trapped. She resigned. First blood to Olivier, congratulations! Score 0.5-1.5

Meanwhile Eddie on board 6 had reached a commanding position, with an impressive 5 man pawn chain, and the ending was coming soon enough with the win! 0.5-2.5

Brian Dodgeon had reached a somewhat drawish looking position, but was a pawn up. With great precision, he converted this to a nice win! Well done! We’re lucky to have Brian; he is very much in demand to play on Hammersmith teams. 0.5-3.5

I was looking at some analysis with Brian, and missed what was happening on board 2. Nadhmi Auchi, with the white pieces, had a fine middle-game with lots of play, or so I thought, and his opponent’s king in contrast looked vulnerable to back row shenanigans (critical double-edged tactics). Apparently under clock pressure, and I missed all this, there was a sudden denouement, when after a series of swaps, a surprising counter tactic emerged, a piece was taken that meant Nadhmi was material down… and he resigned. Bad luck! 1.5-3.5

A couple of minutes later, seeing the match was already won, Paul Kennelly and Ivan Gorgiev stopped play, with adjudication requested. Overnight, Ivan was to email his resignation. Paul’s three connected pawns and two rooks looked to be winning against 2 pawns and 2 rooks.

A match in two halves, top boards halved 1.5-1.5, as is customary; lower boards carried the day with 3 wins! Now our 3rd win in a row, we are looking good and have probably staved off relegation.