The small town of Cappelle-la-Grande, located in the far North-East corner of Normandy, is home to a surprisingly large & popular annual chess tournament, The Cappelle International Open. It’s no small feat, with up to 750 players getting their game on in the cultured surroundings of the Palais des Arts.

With such a strong connection to the game, it’s no wonder that London’s Kings Head Chess Club organises an annual trip to Cappelle, to take on the local teams at the Palais. And excitingly, they have extended the invite to Hammersmith for 2019!!

Details below, but broadly speaking it involves a coach trip to Dunkirk, a couple of nights in la Belle France, and a whole heap of chess against the locals (very Hammer-style, you might say!):

Further details can be found on the Kings Head website:

No, we’re not talking about legendary lone warrior John Rambo – it is of course our opening fixture of the 2018/19 season. Read on for a plot almost as thrilling… 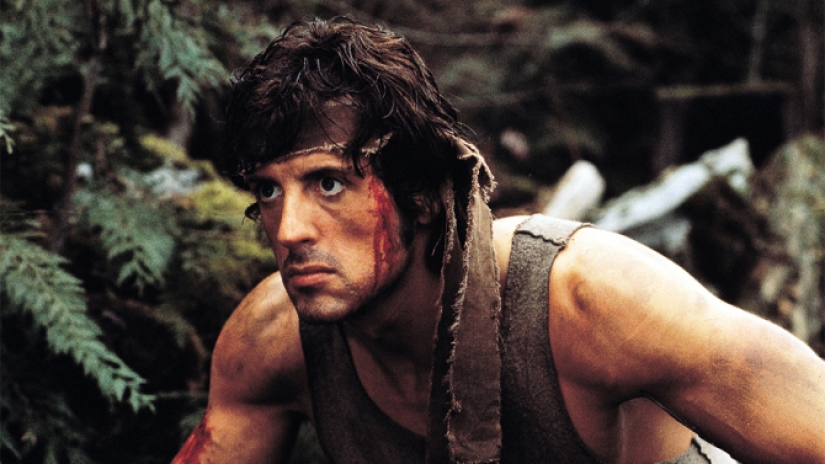 Sparks were set to fly in our opening match-up as Hammer were pitted against Hammer, in a no-holds barred grudge match to kick off another great season of chess.

Dipender’s Hammer 3 team (lead in his absence by the tactful Dave Lambert, while Dipender was sunning himself on a beach in Greece) were pitted against the Hammer 4 team captained by Wyatt in the third Middlesex League.

The 4th team was outgunned in every matchup and looking to take first blood straight away with a no-show on board 7, when Abakar bravely stepped up at the last minute to his first shootout for the club. Needless to say he was off guard and quickly thrown by one of the formidable Auchi trio, but he showed true Hammer spirit and will be a valuable asset in the future Hammer arsenal.

Being new to fatherhood clearly hasn’t hurt Simon’s game, with a strong performance against Shiraz on board 4, with some analysis from Simon below:

The only draw of the evening came on board 5 as old-hand Dave took on young-gun Kostis. In truth, it wasn’t a classic. Dave emerged from the opening with the slightest of edges but he couldn’t force any meaningful concessions, and the game fizzled out into a straight pawn vs. pawn endgame. A creditable result for Kostis who ended the match with the initiative on his debut.

On board 3 we saw a captain stand-off with Adam (Middlesex 2) coming head to head with Ben (London League 3), where after an exchange by Ben of two pieces for a Rook, Adam managed to come away with the win:

However, the upset of the night came from our very own recently-crowned most improved player, Andrew Macleod, who successfully turned giant-killer in taking down Brian. What a great result from the promising young talent!

After the dust settled and the night was over, the under dogs were unable to cause enough of an upset and the stronger Hammer 3 team came out victorious, with bragging rights to boot. With a rematch already scheduled for the end of November, Hammer 4 has time to regroup and rethink their strategy in order to prove themselves as formidable contenders for the top spot.

It’s been a couple of weeks, so here we go again!

Dipender takes the prize for last week’s puzzle, with his second bite at the cherry – well done Dipender!

Taken from a match in 1976, the finish was produced by 15yr old prodigy, Maia Chiburdanidze, on her way to becoming world champion.

To this week’s challenge then – Black to play and win. Answers in the comments: 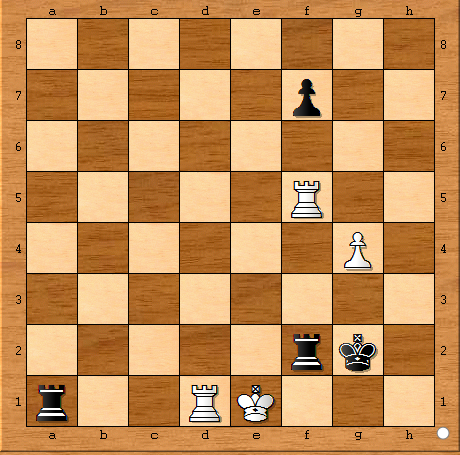 With 11 teams to cater for this season, it has been no mean feat, but we have now finalised our fixtures for the coming season! You can check out all the details on our calendar: http://hammerchess.co.uk/calendar/

It all kicks off on September 24th at the home of chess (aka Lytton Hall), with our two teams in Middlesex Div 3 facing off. We then have a crazy busy October featuring 17 games!

This is followed by a steady flow of games in the run up to Christmas (don’t forget about the London Chess Classic in December!), and then back with a bang for 22 games in January, with the following three months also averaging 20 games a piece!

Things slow down towards the Summer, with our current final (and 136th) fixture in early June. It is going to be a mad one!

Please ensure you familiarise yourself with our fixtures & the games you’re likely to be playing – our team Captains should have reached out to all of you to discuss which games you’d like to be involved in, and they’ll do their best to accommodate everyone when possible.

If you need to get in touch to ask a question or find out more info, you can find all details of our teams & captains (along with a link to their emails) here: http://hammerchess.co.uk/teams-captains/

Details of venues, addresses and match start times will be confirmed by captains ahead of each game. If you’re in any doubt, just drop them a line.

Amongst the fixture highlights this  year:

A final reminder – only players who have paid their membership, and are ECF-registered, are eligible to play league games for Hammersmith. If you want to get involved please ensure you have both of these sorted in time, else captains will be unable to pick you!

Get set… it’s going to be a great season!

It’s been a fabulous Summer – amazing weather, a packed calendar of Summer League chess, plus our own Summer Programme (tip of the hat to Mr Cranston for organising such a feast of activities!), but all good things must come to an end.

As of this coming Monday 17th September, we say farewell to our Summer home at The Albion, and return to the familiar surroundings of Lytton Hall until next Summer.

But this being Hammer, we are marking the occasion with our Annual Awards ceremony and prize-giving. If you’ve not been before, it’s a rip-roaring evening of fun, celebrating the best of Hammer, aided with snacks and drinks, to mark the beginning of the traditional chess season!

This year we’re giving out no fewer than TWELVE prizes to the following individuals:

A last-minute shout for an interesting evening of chess kicking off tomorrow at Battersea Chess Club! 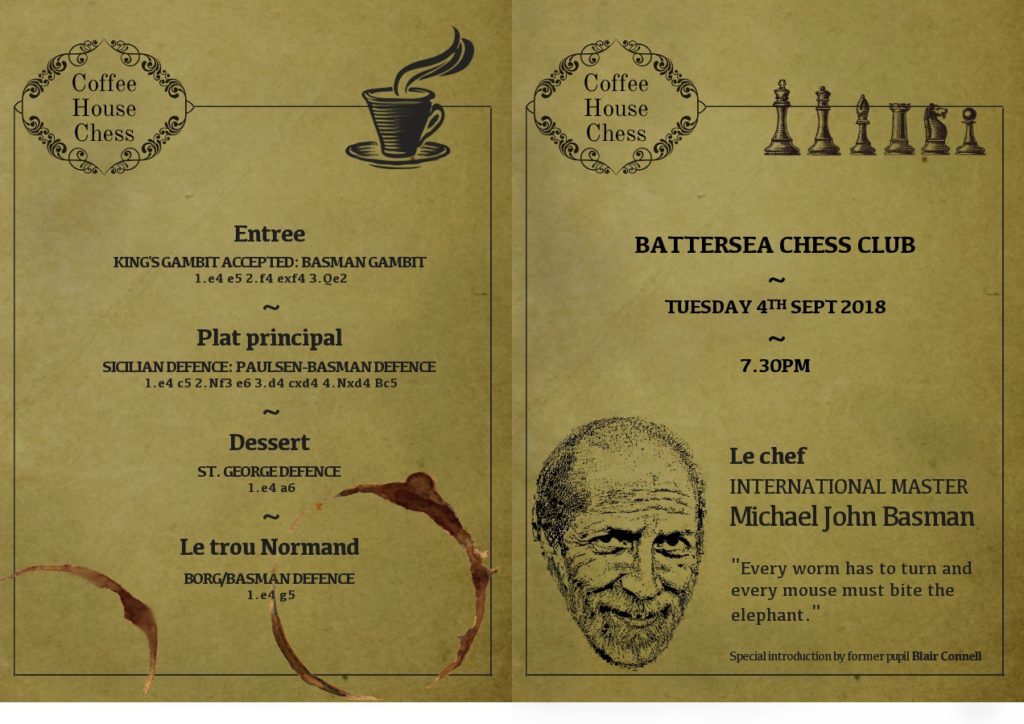 If it tickles your fancy, please add your name to the following Google doodle, and drop Aldo a line to let him know: