Do you have what it takes to take on the full T Bone, served with french onions, cooked rare and with a rich Bearnaise sauce in full mortal chess combat? If the answer is yes then read on….

Thomas, full blown Hammer hero, French to the core, a man with a mere 201 ECF rating and one of the finest men alive is taking on all comers next Monday the 28th of October.

The place… The Anvil. The time… 6.15pm. The format is a mass simultaneous… first 20 bods who email Lord Clueless (john.white49@ntlworld.com) will grab the places. Priority will be given to our Junior members.

Thomas has promised not to employ any French rugby forward tactics (topical).

This is your chance to put aside study and work worries, and relish the chance to put your wits against the most visually expressive chess player in the club. He is so French!!!

Get emailing ASAP… places are going fast – so be sharp.

Clueless on holiday and enjoying the delights of Malta… but will be checking his email.

As all our members know, both the new and old, the greatest rivalry our club has is with Battersea Chess Club – affectionally or disrespectfully know as the “Noisy Neighbours”. In the past three years we have held three challenge matches – Hammersmith has emerged victorious on each occasion. This has given us severe bragging rights as well as the edge in the many social media exchanges.

There is no love lost at the chess board but there is always great camaraderie afterwards. Last year the match took place over thirty boards – check the report. Thanks to the Hammer Junior shock troops the result was never in doubt.

So, to this year’s encounter.

This will be an ECF rated encounter with a time control exactly the same as the Summer League- one hour to start with and 30 second increments a move.

Basically the competition is on to see who can get the most players committed to the actual match to start with. So, Hammers I need you to commit ASAP to this match at Battersea’s venue starting at 7.15pm on the 4th December – a Wednesday.

To sign up simply send an email to john.white49@ntlworld.com

This is one of the highlights of the season with a serious opponent to overcome.

Last summer we launched the Sledgehammer internal tournament to create plenty of opportunities for Hammers to play internal graded slow games. We also have regular rounds of internal blitz tournaments counting towards a blitz title over the year. Something needed to be done in internal rapidplay land, and therefore we have decided to create Sledgehammer’s little brother – The Rockhammer! 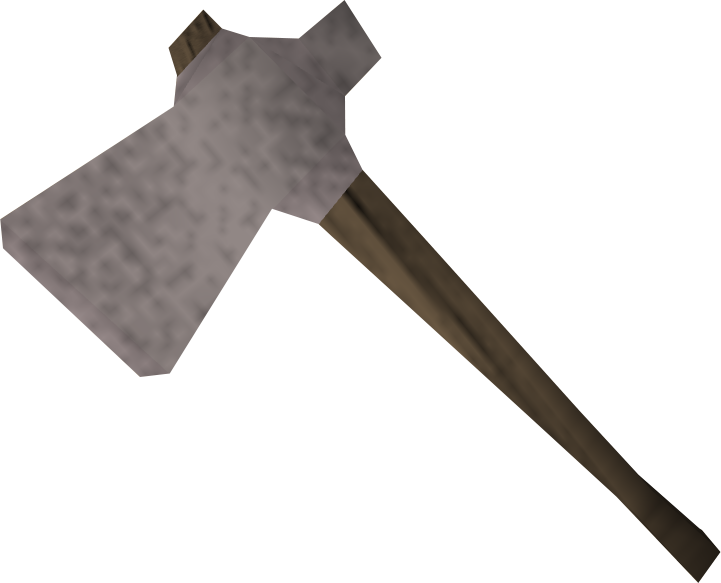 Basically this is another handicap based tournament, where everyone can play everyone else in both black and white over the season. The default time control is 30 minutes plus 15 seconds increment, but when both players agree, they can play from 15 to 30 minutes, from no increment and up to 30 seconds increment per move. Here’s a link to the full set of rules.

Finally, if someone wants to register for the Rockhammer and the Sledgehammer, please send an email to sledgehammer@clubmember.org.

So let’s get started, and contact your opponents to put those rapidplay games in your diaries!

The chess season is well and truly underway! We have three reports for you, courtesy of PR Officer John White.

Round One of the Hammer Blitz Tourney Cycle

Yes the opening round of our blitz cycle took place this past Monday at the Anvil. This is one of the most awaited events of the club year where even the most lowly chess devotee can take down one of the big names.

Defending champion Chairman Wily was there to see off the competition and retain his title. But the competition would be stiff with T-Bone, The Surgeon and a host of junior talent to face.

Seven rounds of no quarter given blitz would answer all questions.

As usual Secretary Pickle was in charge and did a superb job with the pairings.

Your reporter Lord Clueless was reduced to the role of casual observer.

Without fanfare here are the results with some notable performances amongst them.

What the final table demonstrates is that reputation counts for nothing in this format.

Round One say new Hammer Laurie (aka Supermac) take down Wily…an excellent performance.

Round Two saw the Clash of the tourney between the T-Bone and The Surgeon. I reckon they played a 120 plus moves each in 10 mins. This equates to the clock being hit every two seconds.

The Surgeon had a won game but the sheer will-power of T-Bone saw him triumph on time. A phenomenal game.

Outstanding overall performance of the evening must go to Conall who scored 5/7 for a superb third-place tie.

So Round One is done and dusted with the pride of Marianne T-Bone winning by a clear point and taking an early lead in this year’s tourney. A real dominant performance.

To all other Hammers remember it is your best three scores that count out of the five cycles. So even if you have missed this opening night you have four more attempts to register results.

Just remember you have to be in it to win it!!!

Hammer’s Night at the Club Oscars

Yes the most important chess award ceremony of the year preceded the opening round of the Hammer Blitz Tourney.

Hosted by our own Chairman Wily this is the occasion where Hammer honours, publicly, it’s heroes and heroines.

It was a great occasion and once again demonstrated how youthful the club is becoming.

Long may it continue!!!

Most Improved Player of the Season – Taymour Auchi

Chairman Wily also had the pleasure to confer book prizes to all our juniors who have made an outstanding contribution to our Club and represented their country – Amaya MacDonald, Alex Royce, Zain Patel, Cian Ward, Conall McBrinn

A really great ceremony and all our winners are to be roundly congratulated.

Hammer 2 kicks off in Middlesex 2

Yes the Hammer boys were at it again in 2019. Our opening fixture at the Anvil was against Albany -tough opposition at anytime.

Captain Jonathan put the team together but could not be there due to work commitments so asked Lord Clueless to take charge.

Fortunately, despite many Hammers not being able to play he picked a team of fighting gauchos.

New Hammers Laurie and Will were given their debuts and a nice mixture of youth and experience made up the rest of the team.

Due to a slight mix up Brian “The Hat” was a no show but luckily Christof by the miracle of modern transport was able to deputise (he flew in from Munich!!)

Lord Clueless had the cunning plan of playing Christof on board 2 instead of himself.

Then Chairman Wily asked if he could have Christof for their tough opener against Richmond in the TV. Clueless graciously conceded and the match got underway, with Clueless  a late substitute on board 4.

Keep up with me please..

The Hammer team lined up as follows and in the time honoured tradition the assignment of nicknames is also accorded. Lord Clueless thanks to his recent elevation to the peerage bestows the following

I also designate the following nickname to Christof…”Der Vater”.

Yes I have used Irish, French and German nicknames to emphasise the diversity of our amazing club.

To the match… outgraded on average by 29 points a board Hammer faced an uphill struggle. Luckily we are built of stern stuff and we were determined to punch above our weight.

The first game to finish was Spock where showing real “enterprise” he sacked a piece for two pawns plus preventing the black king castling. This was great tactical chess with his opponent one step away from disaster all the time. In the end the Albany man defended accurately and was relieved to take the draw.

Edgy on board 5 also drew but held the initiative throughout a full-blooded contest. He reckoned he missed a win..but by any reckoning a superb result as he was outgraded by nearly 40 points. Hammer at 1-1.

Supermac had a tense struggle… playing white, in an endgame two pawns down, with a rook and opposite coloured bishops. Laurie showed the fighting spirit inherent in all Hammers. He manoeuvred his passed pawn to a6 where it tied down his opponents bishop and then used his king and rook aggressively to prevent any progress from his opponent. A truly brilliant rearguard action. Hammer tied at 1.5-1.5.

Soie on board 6 making his debut unfortunately lost… I did not see the game but he is a most welcome addition to the Hammer ranks. Better luck next time. Hammer trailing…

Next to finish was Lord Clueless playing black in a Bb5 Sicilian. These lines though can be quite dull with white having an edge but in reality hoping for a black mis-step. If you want to see a masterpiece in this line check out the classic Ivanchuk-Kasparov encounter from Linares 1991.

Clueless played a quiet opening, definitely the influence from my 4NCL experience last year, plus following a touch of Speelman wisdom… wait for your opponent to make a mistake… they will.

Next up was Toffee on board seven against a familiar opponent… Howard from Battersea… but playing for Albany in the Middlesex.

As always Toffee went down fighting. Despite a knight for a rook exchange down he made Howard fight for the win.

All eyes turned to Banksy making his debut on board 8 against an experienced 149 opponent. This was great to watch with the Banksy snaffling an early exchange and then breaking through a wall of pawns across the board. This was the performance of the night and an outstanding win. Afterwards he was reflecting on how different OTB chess is to its online brother.

There is more artistry to come from Banksy… where will he strike next?

The last game to finish was Liam (The Quiet Man) playing an opponent who over the past three seasons when playing Hammer has lost to Clueless, beaten T-Bone and lost to Showbag. A real roller coaster of results.

Liam’s play in the last six months has come on leaps and bounds… he is a tough opponent to beat and plays really solid chess.

This was a really tense game with action all over the board. Liam strived to hold the line but in the end his opponents greater experience won through. This was a tough loss especially after the fight our man had put up. Really unlucky.

So a Hammer loss 3.5-4.5… the strange thing is it felt like a victory… with a lot of big guns returning I think Hammer are well set for Middlesex 2 this season.

Clueless delighted to be handing back to Captain Jonathan… the fight is on.