You are a clever bunch! It didn’t take long for the double-header from last week to be solved, despite the apparent “fiendishness” of the second one. Props to the following individuals:

For the first puzzle, as Black is threatening mate in one, White has to keep giving check. The theme is smothered mate:

The pin established with the first move means the Knight can’t be taken. This is a very old composition, by the Syrian Phillip Stamma, first published in his “Essai sur le jeu des echecs”, 1737! Later translated into English as “The Noble Game of Chess”.

A bit of drama with a Queen sacrifice, but mate is then unavoidable.

So to this week’s puzzle – quite a good one, if I say so myself.

White has just played Rh2-h3 with the plan Rg3 followed by Bxh6. Why was that a bad idea? Black to move and win! 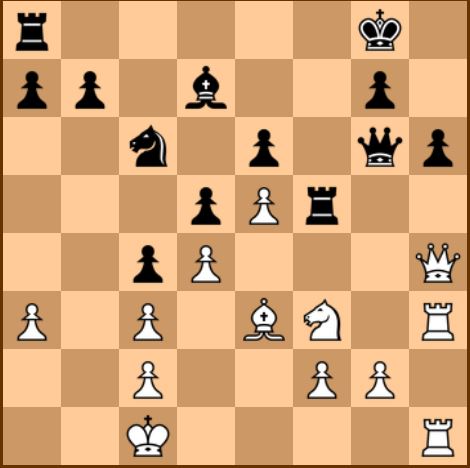 Same as usual – solutions in the comments please! Good luck!