Monday 31st of January at the Anvil (Hammersmith’s home – The London Mindsports Centre) brought together a top of the table clash between the might of Hammersmith’s Division 1 team against a very strong away team from Richmond & Twickenham.

With a reasonably priced bar and food menu, we welcome all teams to come down early to have a drink and a meal before the match. 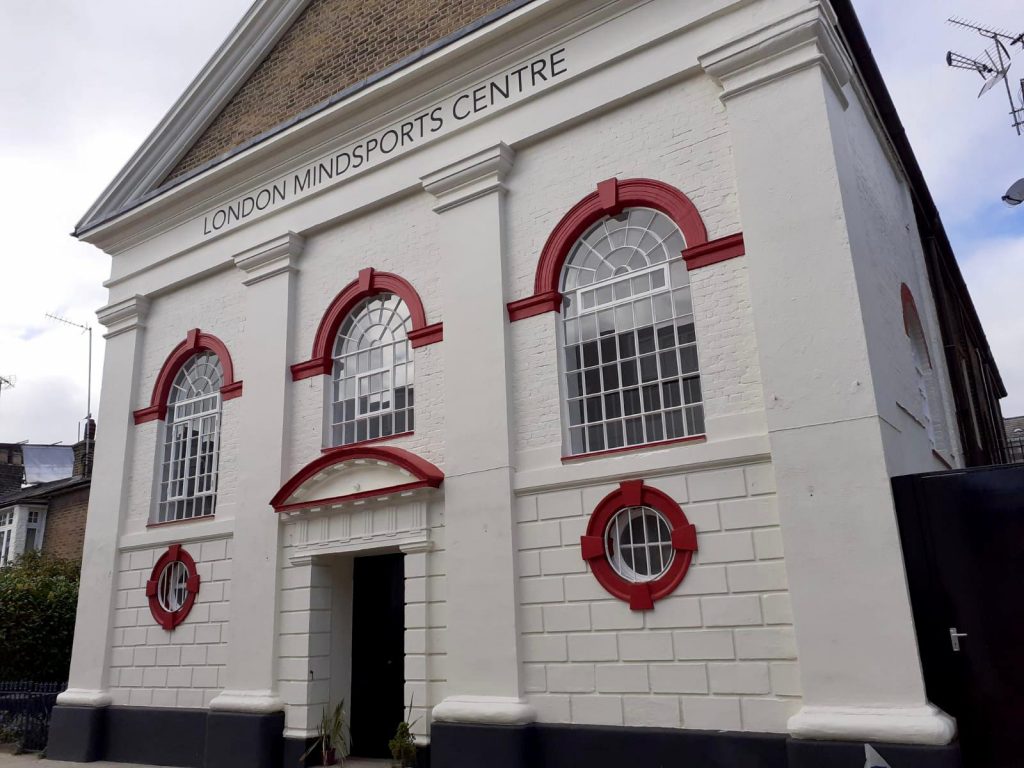 A win for Richmond & Twickenham would move them equal on points with Hammersmith at the top of the table, a win for Hammersmith would set them apart and make them likely contenders to take the title once again. It was only 6 boards of chess, but every game was critical!

Board 5: A quick win on board 5 for Christopher ‘Hurricane’ Skulte, dismantling the disliked London System in quick fashion put Hammers in a strong position, adding pressure to the other boards. 1-0 to Hammersmith

Board 3/4/6: Alas, I wasn’t able to watch the games – though there were many opportunities, critical moments, and missed chances with the results flowing through with a win for Carsten Pedersen, a loss for Jim Stevenson, and a win for one of our regular enforcers Thomas Bonn. A half point more and we would win the 6 board match. 3-1 to Hammersmith

Board 2: Ali ‘Mantis’ Hill vs Mike Healey. An ‘unique’ game in which a wild 1.d4 Nf6 2.c4 Nc6 two knights tango, led to deep complications. No matter the rating you must always be focused during complications, which Hill navigated with expert precision – though like the titanic, all that is required is 1 Iceburg you were not ready for to stop you in your tracks. A mate in 1! – Richmond & Twickenham were back in the match! 3-2 to Hammersmith

Board 1: Marco ‘Michelangelo’ Gallana vs International Master Gavin Wall: After an unusual Sicilian, king marches, delayed development, and sacrifices for passed pawns – as Shirov would say, there was fire on the board! Both players were neck & neck on move 25. Wall was playing to get his team back in the game, knowing he probably needed the win. Marco was able to solidify his position, stop the passed pawn, and take the game. 4-2 to Hammersmith

The match ended with a 4-2 win for Hammersmith! A tough encounter where both teams gave it their all, putting Hammersmith in a leading position to take the Thames Valley title once again, adding to the trophies which Chairman & Captain Bajrush Kelmendi has achieved for the club.

After a hard-fought win, and many a pints later, alas the MindSports venue needed to close, after a quick drink at the Plough & Harrow, we headed back to yours truly’s house for a late night time-odds tournament. 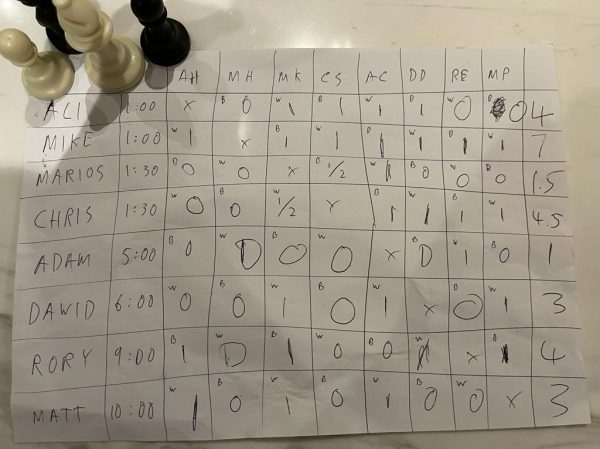 With a running group, tennis group, cooking group, and many other sub-groups, Hammersmith clearly lives by its motto – Més que un chess club (More than a chess club)