The UN has designated the 8th of March 2022 as International Women’s Day. The theme of this celebration will focus on:

“Women in leadership. Achieving an equal future in a Covid-19 world”.

Some startling facts accompany this

In chess, there has long been a disparity between what the top women players earn and what the top men players earn. You need to do the research but the contrast between the wealth and pay of the men’s World Champion Magnus Carlsen and his woman counterpart Ju Wenjun is stark.

Women in chess from the great Vera Menchik to Hou Yifan have had an enormous impact on chess and its history. Look at the names of these great world champions

Other greats include Pia Cramling, Humpy Koneru and Alexandra Kosteniuk.

Finally, the greatest woman’s chess player of all-time Judit Polgar. She was ranked top 10 in the world and has beaten both Kasparov and Carlsen when they were number #1 in the world. She beat Bobby Fischer as well. She also has a plus score against Nigel Short. A truly amazing chess player.

In other words, women have made a huge contribution towards chess since the arrival of Vera Menchik.

Hence, it is right that Hammer acknowledge this and to celebrate Women’s International Day we are delighted that IM Harriet Hunt has agreed to give us a chess lecture on the 7th of March 2022 at the Mind Sports Centre from 7.30 pm. The theme will be “Women in Chess”. 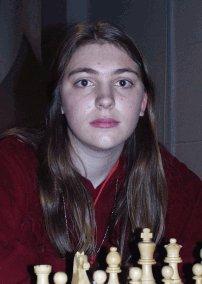 Harriet is a five-time British Women’s Chess Champion – her personal chess odyssey is packed with huge achievements and notable victories – often against her male counterparts. Her highest Elo rating was 2463 – today despite playing less frequently she is still rated at 2400

Today, she is a lecturer, Dr Harriet Hunt, at University College Cork, in Plant Science. I will have to ask if she has visited our friends at Cork Chess Club.

So, Hammers I ask you all to attend on the 7th of March for a fascinating talk and insight into “Women in Chess”