Our Members are drawn from the local area around Hammersmith, West London, and in some cases much further afield! As a result, we encompass many different backgrounds,  nationalities, cultures and calibers of chess!

Read on for some of their profiles: 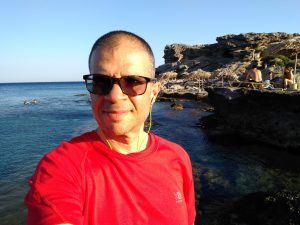 Nadim Osseiran
When did you start playing chess, and what do you like about the game? I started playing chess relatively recently, and therefore I have so much room for progress. What I love about chess is how much one can learn and improve. I have always been intrigued by the process of decision making, and how people can make wrong decisions without knowing.
Chess is a great way to learn and challenge your own decisions, as most of the time the mistake can be round the corner!
What do you do when you’re not playing chess? Away from the chess board, I have a family who I love to spend time with, particularly travelling together. I am also a keen runner and have completed several marathons. I look forward to the day we invent a new discipline in the club, combining a marathon in the morning and a chess tournament in the afternoon. Still looking for volunteers! 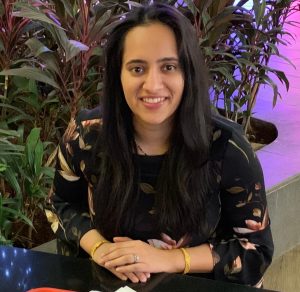 Rubinder Gill
What do you do when you’re not playing chess? I mainly work full time in the finance sector! At home you will probably find me experimenting with new ingredients in the kitchen, and trying my hand out with interior design. I’m also a keen explorer and enjoy travelling and trekking with my husband. We also love playing sports, so you can often find us on the basketball court. I’m also learning how to play the piano and coding… so as you’ve probably gather, I like to keep busy!
What do you like most about chess? I enjoy the strategic aspect of chess and the uncertainty involved in not knowing what your opponent is thinking. Most importantly I enjoy the social aspect of the game and how you get to meet so many different people who you wouldn’t necessarily meet. 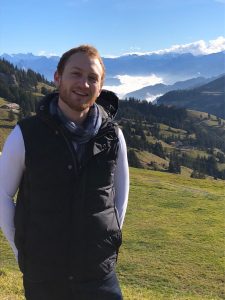 Wyatt Donaldson
What do you do when you’re not playing chess? When I’m not playing chess I love to travel. Originally from New Zealand, I’m trying to make the most of my time over this side of the world and see all the different places and cultures that the UK & EU has to offer.
What do you love most about playing chess? I love all the different levels to chess, it’s an ever evolving game, just when you think you have it all figured out – you learn new ways to play. Just like life.
Tell us something unusual about yourself? I love to cook! I’ve signed up to a two week cooking course this coming April to hopefully learn some new techniques and dishes to make! 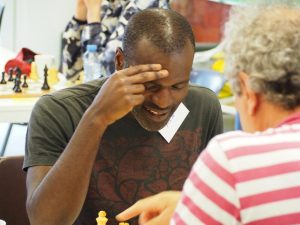 Ken Kwabiah
When did you start playing chess? I started playing in primary school back in the 80’s, a local chess coach started an after-school club. After going along a few times, I was totally hooked. I remember going to my local market and choosing to buy my first chess set over a Jackie Chan Kung Fu videotape! I stopped playing in secondary school & focused on my education, only playing sporadically at uni due to the attractions of football and beer, only properly returning to regular chess a couple of years ago after joining the club.
What I love most about chess is that it is a ‘struggle’ between you and your opponent about whose ideas are stronger. I like the idea that you’re a general commanding an army and have to make the right decisions.
What do you do when you’re not playing chess? I’ve started playing a number of other games, like Go and Othello. I also have a young child so I love spending time with my family, going on walks and travelling. I am a keen cyclist and am currently training for a long-distance ride in the Summer. 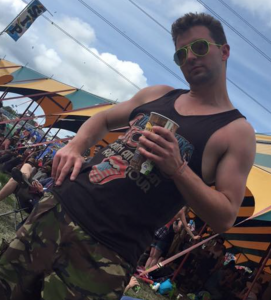 Adam Cranston
What do you do when you’re not playing chess? I’m generally quite sporty, dabbling in running, rugby, football and badminton when I get the chance. When not playing chess or sports, I love to listen to music, anything from Britpop to House. I try and go to a couple of music festivals each year.
What’s the worst thing about playing chess? Blundering! All it takes is one lapse of concentration to throw away a game after two hours of intense battle. Luckily with practice and experience these occur less and less often, but when they do, it can make for an incredibly frustrating evening.
Tell us an unusual story about yourself? Never have I broken a bone, but I once dislocated my little finger while failing to catch a rugby ball. It was popped back in at slightly the wrong angle, and months later when I decided to have it looked at, it was too late. I now have a permanently wonky finger. 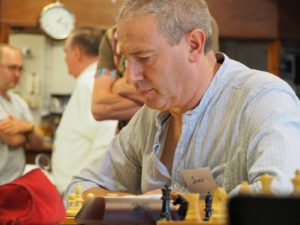 John White
What do you do when you’re not playing chess? I spend a lot of time walking & hiking, socialising, and trying to be a good Dad and partner (Eleanor, William and Karen may fervently disagree with!!).
What do you like most about playing chess? It takes me to another place (apologies to Guns&Roses). My business and social life is intense and complicated, and chess gives me a break for a few hours.
What’s the worst thing about playing chess? Losing for sure, but even worse is losing like a total eejit! The absolute pits, to quote John McEnroe.

Christof Brixel
When did you start playing chess? I started two times – first when learning the rules at the age of 10. Possibly it was burnout, from too much of it when serving in a special chess squadron of the German Air Force, that I stopped looking at a chess board 44 years ago. Anyhow, I took a second chance this year, utmostly exciting, Phoenix re-born! 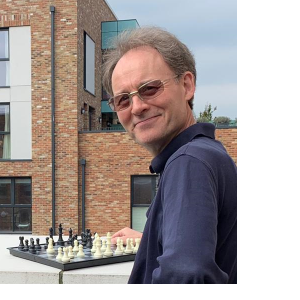 What do you like most about playing chess? As a competitive mind sport, it is eternally challenging in a multitude of aspects. And nowadays, it is much more for me, it is the creation of a piece of art by two people, it is a social experience, it is joy.
What do you do when you’re not playing chess? Every chess player needs a hobby, so with all the time available now as a recent retiree, mine will by travels with my wife. Our world is stretching between where our sons live, Chicago and Sydney. However, the magnetic chessboard will be an integral part of my luggage.