The world has changed forever in the last six months. Every aspect of our lives has been affected and the consequences will be profound. If there is one positive to come out of this earthquake, it is the chance to examine our lives, priorities and where we want to go. This is scary stuff but also an opportunity to radically alter our direction.

The chess world has not been immune. Look what has happened.

Essentially a complete absence of OTB chess, online chess has become the norm, the club night has been put on life-support, the issue of cheating in chess has consumed column inches in such august organs as the Guardian – as well as the chess press – and probably the worst thing, for me at least, the social side of our brilliant game has gone.

Nine months ago, I was lucky to enjoy the delights of the Bunratty Chess Festival for the first time – chess was the main reason I made the journey to the West of Ireland, but the craic and genuine camaraderie is the key ingredient of this superb tournament. Covid-19 has robbed us of that.

I guess what I am saying, that just as in real life, where many of you are considering your options and maybe contemplating a radical new direction – chess has to do the same.

There has never been a better time to plot the future of chess. Everything should be on the table – the ultimate question being why do we do chess the way we do?

It is something that has preoccupied me since early June. My club Hammersmith has undergone a complete metamorphosis in the last five years (we were below 20 members, with an average age north of 60 and were definitely not diverse) – now we have a membership north of one hundred, a new venue (the YCBC), a thriving junior section, stable finances, an excellent website and social media presence. We have run numerous events within the club – with guest speakers like Jon Speelman and Danny King and chess weekends in Amsterdam, Cork and Wroclaw. This year’s trip to Lübeck for obvious reasons is on hold. In other words, we try to offer more than just club and league chess.

Now is the time for the next steps both for Hammersmith and I believe chess as a whole in the UK.

Over the Summer, one of the projects I have got involved in – in conjunction with partners – has been the creation of a Mindsports Centre. In many ways the concept has been given fresh impetus by the Covid-19 pandemic and the need for Bridge, Go and Chess (the three most prominent Mindsports) to have a permanent venue that they own, and can enjoy a successful future. In other words, to establish a beacon for Mindsports.

This article is to inform you of the reasoning behind the project, the progress so far, and why it will hopefully have a huge impact on the game we love.

Club chess in the UK today, in my experience, feels a bit like football did in the 1970’s and early 1980’s. The game for a start was run on a shoestring. Hardly any marketing or branding ideas.

At the time the fan and player experience were pretty dismal – the grounds were old and crumbling, the pitches were mud-baths, there was a large hooligan problem and the organisation of the sport was in the hands of the FA. The horrors of Heysel and Hillsborough were yet to come. The sport needed to change. And it did.

I think chess has to make the same changes.

Overwhelmingly, the venues I play chess at – this includes the Middlesex and Thames Valley Leagues, as well as the London League – are pubs, dingy community halls, or in some cases an even worse venue.

My point is, these venues are not attractive to women, young players (and their parents) or new people wanting to play chess.

The London League venue is held in a central London hotel room, in which 100-plus players are crammed in, with no room for your scoresheet and making a mockery of any social distancing. We need thirty odd nights at this venue to complete the League each season. 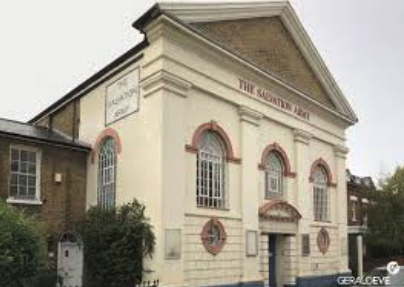 I know for a lot of members of chess clubs, the venues are fine. However, I throw this challenge at you – the club is not yours, per se. You are merely the custodians of it. Your responsibility is to run it efficiently and hand it on in rude health to the next generation of chess players.

Part of the reason for your existence is to help promote chess to new people.

Is it coincidence that the Netflix mini-series “Queens Gambit” has produced a sudden media interest in our sport or a jump in membership enquiries that Hammersmith Chess Club has received over the last few months?

My personal view is that chess, along with Bridge and Go, have to attain ‘sports’ status in the UK to help facilitate the evolution of our sports.

Why has chess achieved sports status in so many countries, but only has activity status here?

There have been numerous articles on the benefits of Mindsports in pupil performance, mental health generally and even physical well-being. My partner Karen is a Cognitive Behaviour Therapist working in the NHS in South London – the avalanche of mental health issues that Covid-19 has brought to the forefront in the past eight months is potentially cataclysmic. The imperative for Mindsports has never been higher.

The concept of having a place that helps promote, teach and give a venue worth playing our wonderful game in can only help raise the profile of chess and its status. In other words – it is time to take chess from the Combined Counties League to the Premier League. The possibilities are enormous with chess leagues being based there, national and international competitions, a learning and teaching centre resource and a highly visible demonstration of the ambition of Chess, Bridge and Go.

There have been attempts in the past to create a Mindsports centre but they have always failed – Malcolm Pein was involved in past attempts to realise this vision.

The real game-changer this time has been that members of the Young Chelsea Bridge Club and the Go Association have purchased a building in Hammersmith (see picture). The property is a former Salvation Army Hall near Ravenscourt Park. The Mindsports Centre is going to happen with or without chess. The big question is – will Chess get involved?

So far, Chris Skulte (Manager of the Celtic Tigers) and I have each invested £2.5k to fund the legal work, plus the initial site and structural surveys. We are both committed to this project.

The current building will be usable once some decoration and remedial works have been done to make it functional.

The centre will be run on a commercial basis with a company owning the asset and a management team running it day-to-day to make the asset sweat. There will be more information forthcoming in the next few weeks on the various options available. The Centre has to be a going commercial concern and produce a return for the investors.

If we wish to truly transform the premises into something that would be worthy of the title, the National Mindsports Centre, then it will require additional investment. There are various options on the table including adding two additional floors. The fourth floor would be transformed into a penthouse flat that would be sold for circa £1.2 million that would provide an immediate return for shareholders. The investment estimate will be between £1.5 million and £2 million pounds, and this investment has to come from chess players and chess enthusiasts.

I personally feel that the “fan” ownership model is the right way to go – to put it in simple terms, it would be chess players with a stake in the project.

Chris and I will be coming forward with a proposal in the next few weeks that will establish a vehicle that will raise funds for this investment. We will decide what form that vehicle will take – a limited company, a charity or a combination of both.

This is one of the most exciting projects I have ever been involved in and it gives an unprecedented (definitely the word of 2020) opportunity to transform chess in the UK once and for all.

The idea that chess could be played and enjoyed by players of all strengths in high-quality premises with a bar, café and restaurant on-site is something worth fighting for.

3 thoughts on “The MindSports Centre – The Time is Now”