Hammers, I must first apologise for the delay in this report – Covid-19 appears to have affected the creative bent of Lord Clueless. Am I alone or does everything seem to require so much more effort?

Plus, there is so much you can report on when the match is live and OTB – online reporting requires an even more vivid imagination and possible the use of exaggeration and hyperbole. Tactics that possibly power fake news.

To brighten up this report I am going to incorporate Matrix film references to describe the Titanic struggle between the two leading chess clubs in London – Hammer, and those South of the River upstarts – Battersea. How many can you spot? 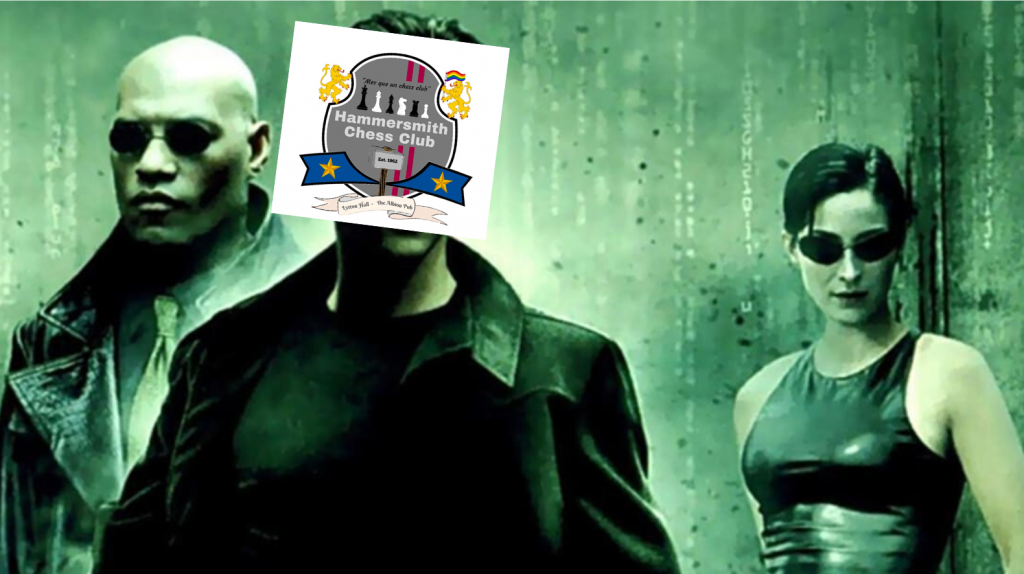 With the impact of the Coronavirus it was almost inevitable that the third leg of El Chessico would be an online event. The chess world has adapted and morphed to embrace the internet matrix and the neo world. The question is – could we exceed online the 30 boards we played OTB in the last El Chessico?

The answer was an emphatic ‘yes’ – 38 boards to be precise – to decide the destiny of the fabled El Chessico trophy.

After extensive discussions with Aldo, we decided each board would play a mini-match with two games – one as white and one as black – with a time controls of 25mins plus 10 sec increment.

The terms were set, the date agreed – would the neo Hammers take down the Smithy Batter boys? Read on…

First, the tale of the tape – through the match matrix: 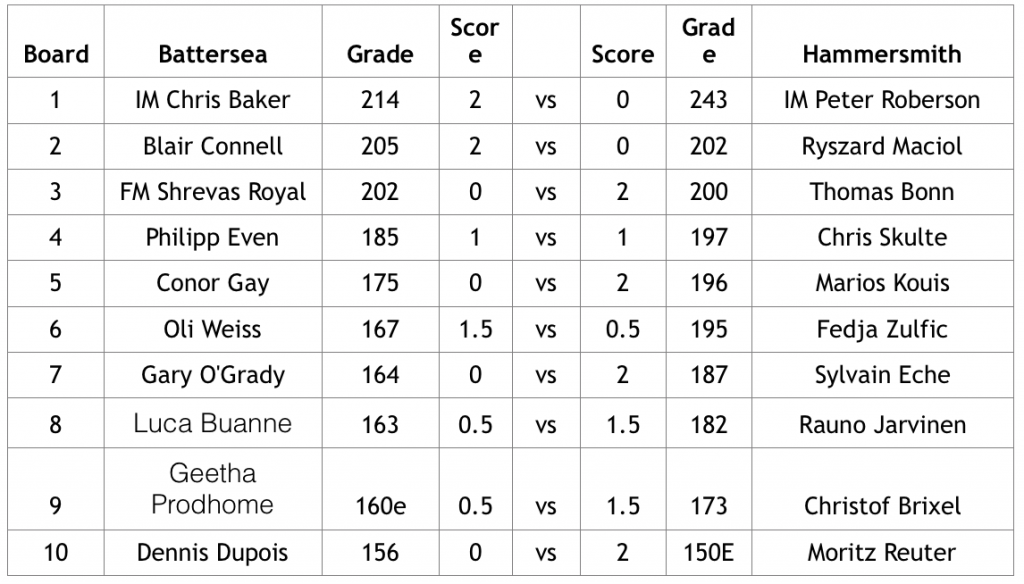 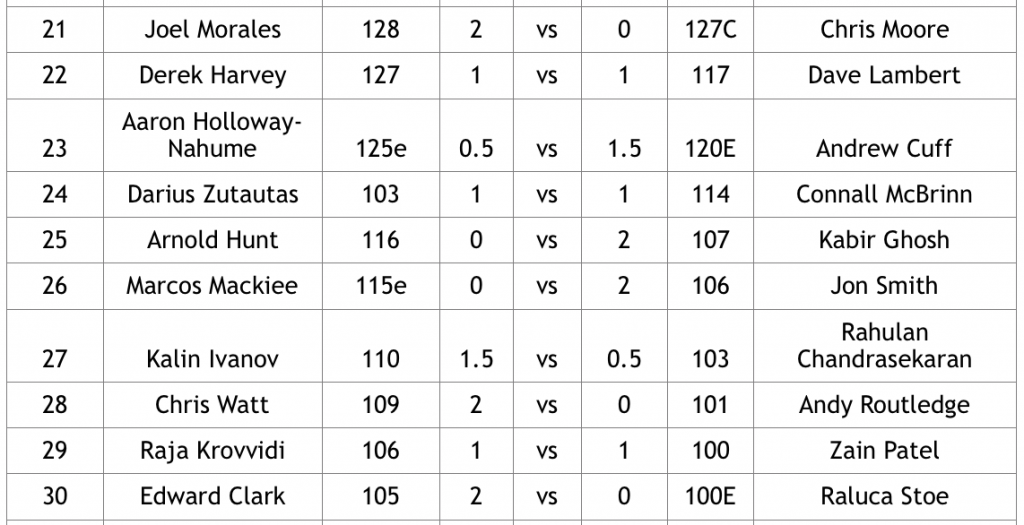 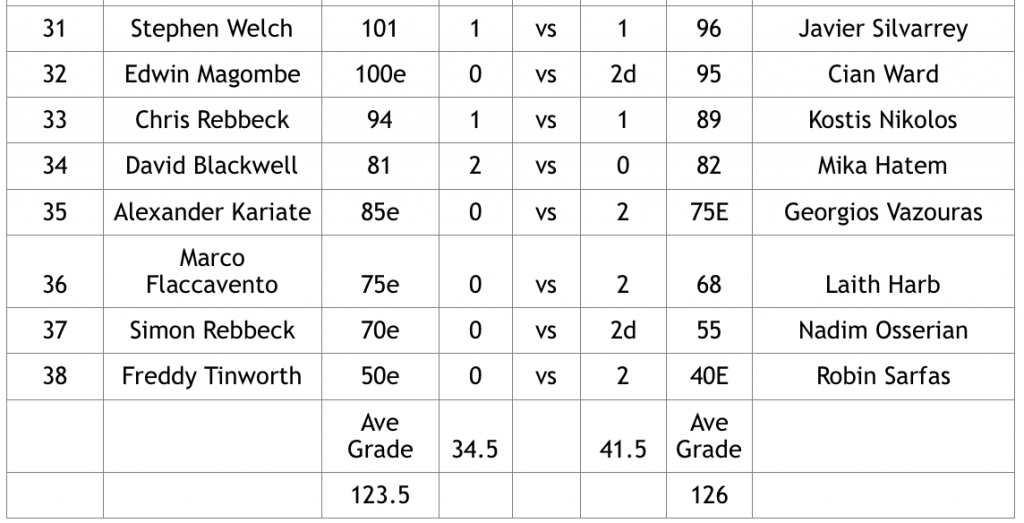 Yes, a Hammer win – by a seven-point margin, and yes, we retain El Chessico, and more importantly, the bragging rights. Was it ever in doubt?

I have to pick out some gems here:

However, every Hammer contributed to this outstanding victory – we were in red pill mode and digitally rained down an appropriate chess lesson to our frenemies.

El Chessico is safe and continues to reside in its natural home – with Lord Clueless content and focused on non-Nebuchadnezzar dreams and the road to Chess Zion.

The world, even in lockdown mode, is in a better place, and order has been reaffirmed in the chess world.