Hammers! After the launch of our internal Long and Rapid-play tournaments at the start of the season – respectively named the Sledgehammer and Rockhammer tournaments – it’s time to provide an update on the standings – who are the runners & riders?? 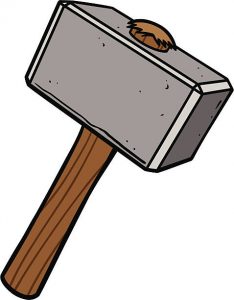 Our long-play competition remains popular, with over 50 games having been played so far. Christof leads the way with a solid 12.5/16 (translating to 68 Sledgehammer points!) and doesn’t look like being toppled, so it’s very much a battle for second place here.

The field is tight, with no less than three of our experienced players bidding for the silver medal place at this point. Further down the leaderboard there are only 3 points separating the next five players, so things could change very quickly.

It’s all to play for at this point – if you want to arrange a game, please get in touch with an opponent and arrange your head-to-head. You just need to agree a suitable time & venue, then let Nadim know the result.

And remember, you can now play two games against each opponent – one as white, one as black – so there are plenty of points on offer between now and the end of the season. Full competition rules are available here.

Who will lift the inaugural Sledgehammer trophy?? 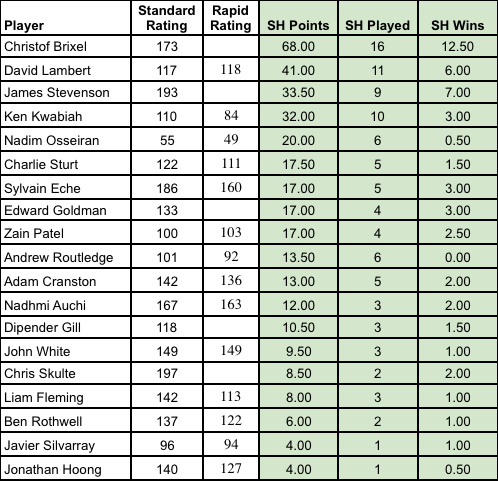 The Rockhammer has had a slower start, but with only 11 games played and 7 active players so far, it’s going to be a lot easier to ride up the leaderboard.

Current standings are below – and here are the tournament rules. It’s a rapidplay competition, so should be easy to up your game count and grab some points! Give it a shot!