Dear Members, the Club’s Annual General Meeting (AGM) is rapidly approaching – this year it will be on Monday 3rd June at Lytton Hall. 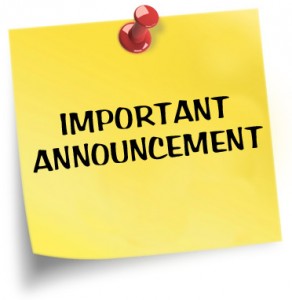 As is usual, the Club’s Committee recently met to discuss the usual club business and agree Motions for debate and voting on at the Meeting in June. The following 2 Motions have been adopted by the Committee as recommendations to be voted on by the Club’s Members at the AGM:

The Committee will propose deletion of Article 7.3 of the Club Constitution, which reads: “No Committee member can stay in their position for more than three years in succession“.

The committee will propose deletion of Article 7.10 of the Club Constitution, which reads: “The Committee has the power to co-opt on two extra members [to the Committee] if required“.

Reasons for the Proposals:

When the constitution was originally drawn up, Hammersmith Chess Club only had 30 members, and the club had recently emerged from a period of mis-management. We are now approaching 100 members – a truly amazing achievement in less than 5 years. There are critical decisions to be made over the next 12 months – larger venue, new initiatives, more teams etc. – and to lose the experience of the current, well-functioning committee that has steered the club to our current position, would be precipitous.

The Committee functions in a truly democratic fashion, is effective in providing oversight, and there is now little danger of one person dominating the Club.

The Committee therefore believes that the Club is best served by allowing experienced Committee members to continue in post, with appropriate oversight from the Committee and the Club membership, and we wish to drop the three year limit on individuals holding Committee positions.

The Committee recognises that the Diversity Officer needs to be a permanent voice on the body, to broaden our membership and be more representative of the community in which we exist and draw our members. There is much work to do here, and we must therefore make this important role a permanent position.

The Committee Member without Portfolio will assist with the workloads of Club Captain, and Secretary, recognising that the huge increase in members requires further support for both of these positions. The role holder will also take on support for other Committee roles at the discretion of the Committee as the club evolves. They will report to the Committee through one of those Officers.

If these motions are passed, the Committee will consist of the following roles:

These new roles will be defined under an updated draft of the Constitution.

With this in mind, our Committee will now consist of the following nominated individuals – plus two open roles – for election by the Members at the AGM:

Any member can stand for any position on the Committee,  but must have their nomination seconded by another member and give notice to the Secretary 30 days before the AGM.

Thank you for your continued support!