Read on for a draw snatched from the jaws of defeat, some truly swashbuckling chess, a classic writeup from our Reporter of the Year, and details of the January 2019 ECF grades!

Hammer 2 were forced to walk on a knife edge to secure the 4-4 DRAW against a combative DHSS side in London Division 4. We managed to put out our strongest squad of the season so far, yet still found ourselves running toe-to-toe against everyone’s favourite government department. After all, the others don’t provide free tea and biscuits…! 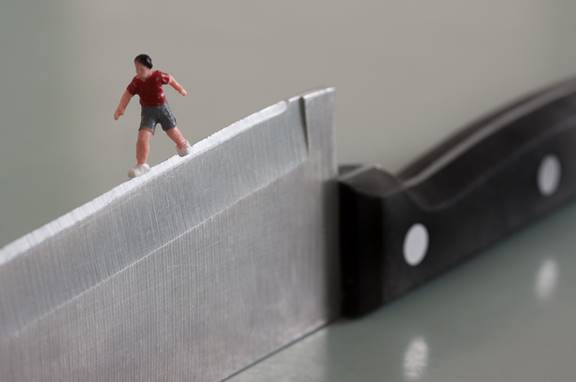 Looking at the grades, our opposition had the slight edge over the top 4 boards, and we had the advantage over the lower 4. And thus, the results tended to edge that way too. It certainly wasn’t as straightforward as that though.

Sheikh appeared to have the advantage in a fairly tricky endgame. Certainly the material favoured the Hammer man, but his opponent had a raiding a-pawn which proved problematic as it moved up the board.

Tommaso was also disappointed as he blundered material in a relatively even position, playing into a time disadvantage. It looked a very un-Tommaso position. I don’t think there were any captures within the first 16 or so moves, resulting in a positional struggle. You normally expect a King-walk at that point in one of his games!

Adam continued his fine run of form with what looked like a fairly comfortable win against their captain. Playing as Black, he faced a dangerous looking pawn storm, but then the decision was made to castle behind the pawns. It seemed an odd decision as suddenly those pawns became a liability! The position certainly suited Adam and tactics abound to help him run out the victor.

Charlie and Chris also helped chalk up points onto the board, scoring a half and full-point respectively, but probably from positions that looked precarious at best. With both players short on time, and in a cramped position, Charlie offered his opponent a draw, which was gratefully received. Further computer analysis suggested he was actually -8.0 with correct play. Maybe that was a case of the superior grading working to our advantage.

By his own admission, Chris made a hash of the opening and found himself a couple of pawns down with little compensation. His natural attacking instincts kicked in and he offered a Knight sacrifice in order to prepare a crushing attack. Only problem was that he planning on using that Knight in the attack…!! (great analysis in the pub). Still, he clearly had his man spooked and he soon blundered his Queen, handing the win back to our man.

Brian succumbed following persistent pressure after finding himself down the exchange, and we were staring defeat in the face. Down 2.5-3.5 with Paul and your captain to finish. At this point, Paul’s match looked dead drawn and I was struggling to avoid being mated, after having the edge in the match for some time. My only salvation was that we were both short of time.

Moments later, I wandered over to Paul’s board hoping to see some unforeseen masterstroke to bring us victory, but instead I saw two players shaking hands and agreeing that it had looked drawn for some time. 3-4 down.

All the focus was now on my match, with the inevitable pressure of 6 blokes stood over your shoulder watching your every move. Something to focus the mind if ever it were needed! It was now 2 rooks and 4 pawns vs. my bishop, knight and 3 pawns. Two minutes apiece and with the advantage still very much with my opponent, he missed a couple of chances to force exchanges which would have extended his advantage.

I improved my rook into an active position and clawed my way back somehow. With time ticking away, he allowed a cheap-shot checkmate with a rook check, and his escape square covered by my Knight. Extremely lucky, but somehow it rounded out the 4-4 DRAW. Relief all round.

Next up is Morley College on Friday 25th, and then we have 3 quick fire matches in February. Please keep your eye out for that mail! Plenty of chances to play coming up over the next few weeks.

A truly stunning game (which he won!!), courtesy of Tony “The Surgeon” Nicolli!

One can only watch and admire this game: 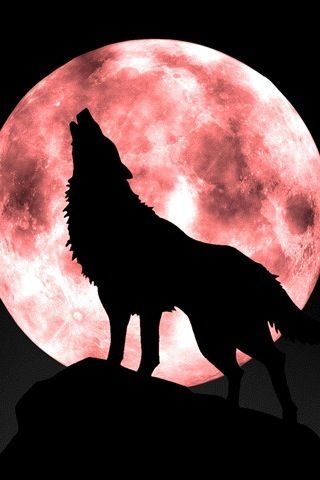 It was a grey night as I trudged towards the Old Actonian Sports Club, built in some kinder era to remind us of our country’s venerable sporting culture, football, cricket, and other sports.

This was the end of January, and I recalled  Beware the Nones of January, for the tax man cometh, and rules over the land with cold iron. Not auspicious anyway, and I had shaved that morning, courting disaster as Samson has foretold.

Very much, this was a match in 2 halves, with our Stalwarts Paul K, John W, and Brian D on the top 3 boards, and 3 young’uns un the lower boards: Kostis, Javier, and David S.

For the first hour it was very quiet, and I was able to admire the spacious accommodations, with each player separated by about 10 foot or more from his neighbour. New flooring and fine wall decorations made it all so much better than the Citadines.

First to stand was Brian Dodgeon, however, with a draw. Perhaps he sensed the outcome, because he begged off the offer of a drink and left quickly. Then in quick succession the two bottom boards tramped out, with losses both, score 0.5-2.5.

Bu yes, John White stood up, shaking his head, and – apologetically perhaps – said his opponent had flagged out. 1.5-2.5. So it went, with Kostis and Paul adjourning eventually.

Overnight, the adjournments were settled – a draw by top man Paul K and a loss conceded by Kostis. Final score, 2-4, Ealing winning.

Fitting defeat perhaps, overhead a wan red moon could be seen dimly in the dark sky as I trudged back to the tube. I could almost hear the wolves baying for blood in the far hills.

Our stalwarts played or caused to play 3 Sicilian Openings.
Our top half tends to score at par, which is to say average 1.5 per match over 3 boards.
Our bottom half tends to determine matters, they can win or lose the match.

Bottom boards better learn the Sicilian or its Grand Prix white variant.
Beef up the bottom half grades

The ECF’s January 2019 grades are now out, and available here: ECF Grading

The full Hammer roster is beneath, and also available on our Members page. 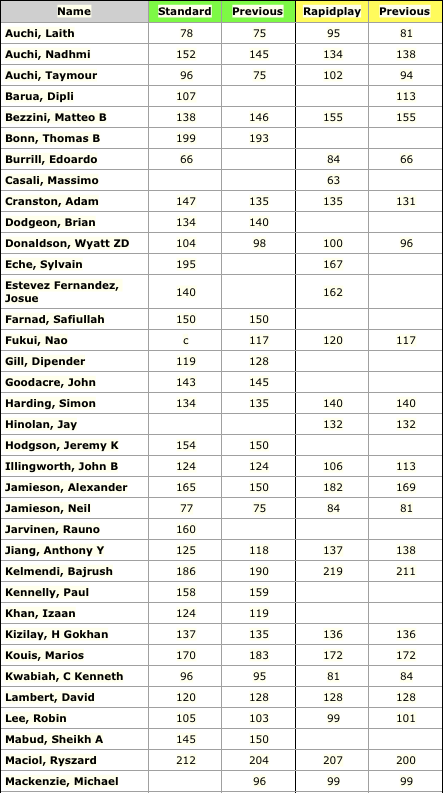 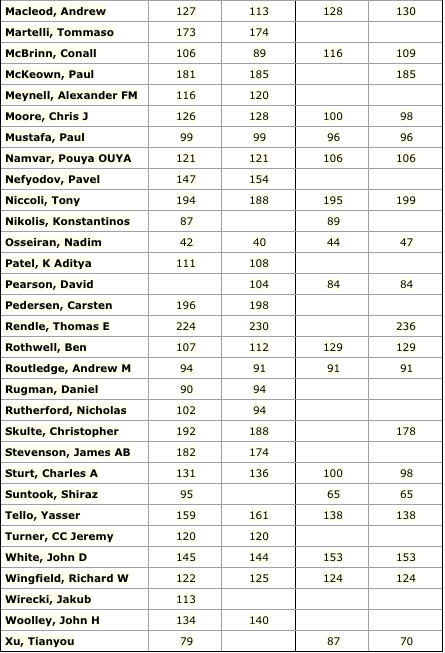