October has been a rip-roaring start to the Season at Hammersmith. We follow with a bunch of write-ups, reporting some fantastic results for the club – read on!

Dipender was the first to finish, and his win is shown for you below – pretty comprehensive in the end:

Yazhou dropped a couple of pawns in his game, which proved decisive in the endgame, where he succumbed to a defeat.

Dipli played very well to win a piece in the middle-game, putting Hammer 2-1 up by the 30 move time control.

Brian was last to finish – he gives us his commentary and game below:

“By move 28 I’d arrived at an ending of 2 bishops & 6 pawns for my opponent, vs 2 bishops and 4 pawns for me. Getting a centralised King and swapping off one pair of bishops, I managed to win a pawn back and carefully exchange enough pawns to finish with bishop & 2 pawns vs. bishop and one pawn, which was eventually enough to get a draw and give us the win by the odd half-point. A bit of revenge for the recent Div 4 match v Lewisham, where they turned up with 6 of their 8 players graded above 150!”

There’s a very good atmosphere in the Thames Valley Camp at the moment, with Hammer riding high on 3 wins from 3 as we compete in the top tier of the league setup.

Our three games to date have gone as follows:

Those last two away results are particularly pleasing – especially the result at Richmond, against a side that out graded us, and included Carsten managing a draw against IM Gavin Wall – brilliant result.

Hammer’s strength across the board order is really paying dividends across all the leagues this season. Match cards and League Table presented below: 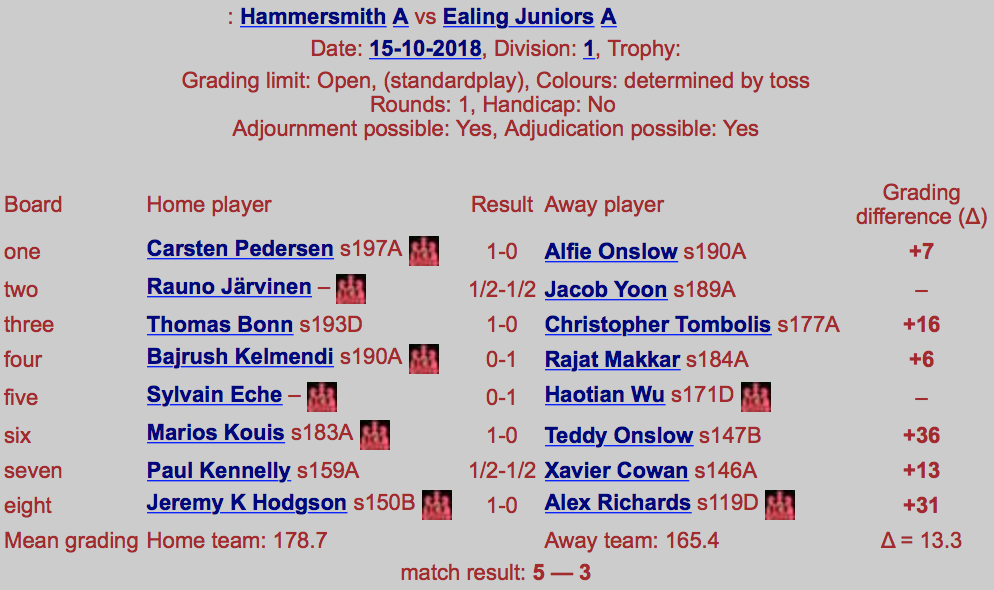 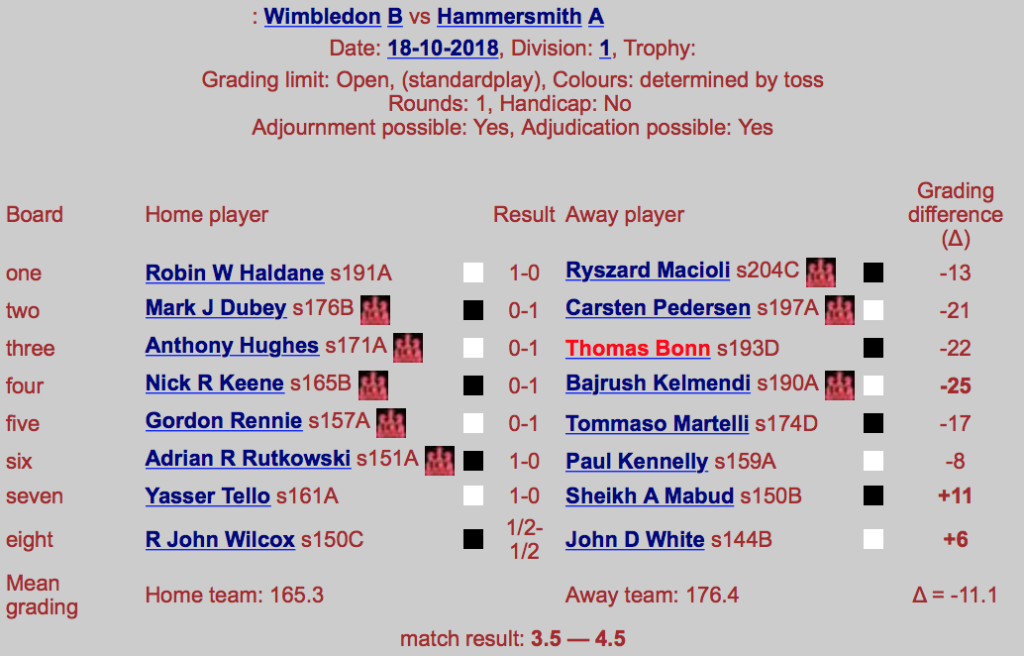 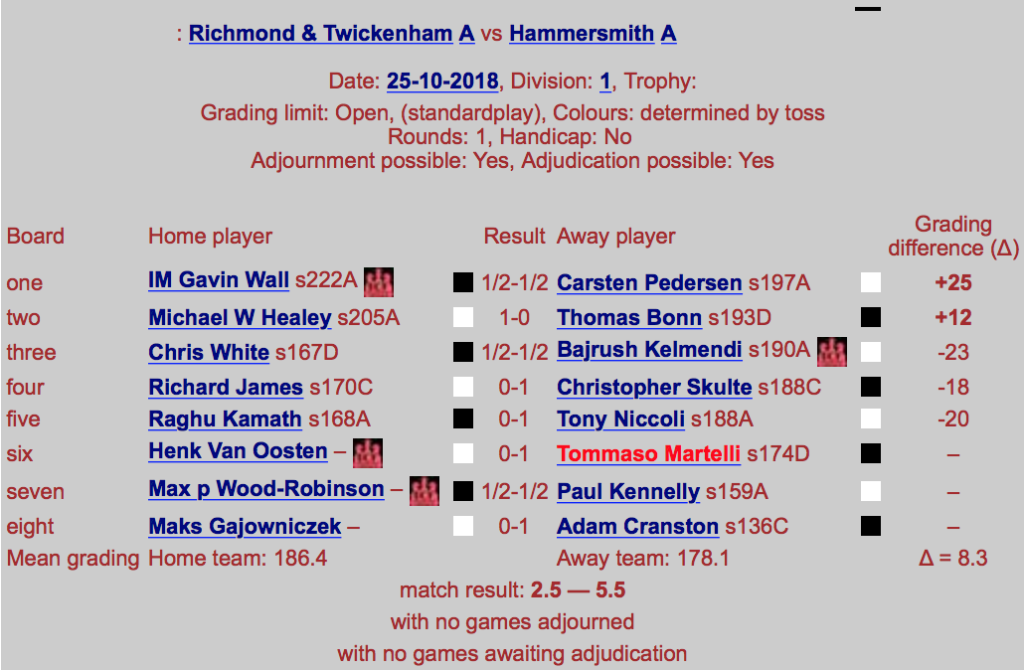 And the League Table makes for good reading. Early days, but looks like it might be a straight two-way shootout between the mighty Hammer, and Wimbledon’s A-team:

Tonight sees our Middlesex 3 side take on the mighty West London, for bragging rights down this end of the Piccadilly Line!

And we’ll shortly be reporting on our first result of the season in the lofty heights of London Division 2! Stay tuned…