Some things just shouldn’t happen. Like ketchup on a good steak, or denim on denim. Another of those things is Hammer turning on Hammer in an unholy match-up. Still, rules are rules and our two sides in London League Division 4 were pitted against each other to kickoff the 2018-19 season. 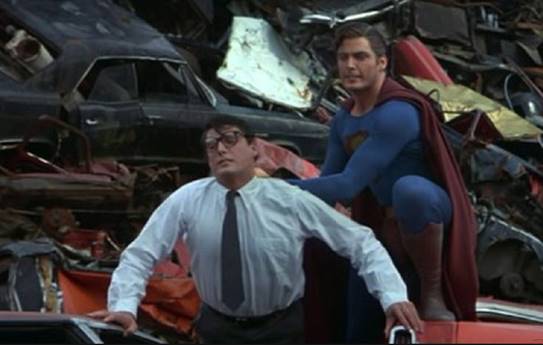 It was a well fought match with Dave’s higher graded Team Deux ultimately coming out on top against Ben’s Team Trois. As ever though, the tale of the tape is much more complex than just running through the match card presented here.

First to finish was the Clash of the Captains. Dave came out on top with some unusually attacking play in the old ‘castle long and throw your pawns forward’ Sicilian ruse. Ben’s h6 defence ‘felt’ wrong (and displeased Tony in the analysis) but the computer, thinking 10-moves deep thought it okay. Nevertheless, it was a tough one to defend and the position soon developed in Dave’s favour. 1-0 to Hammer 2

It was soon level as Robin quickly dispatched Abakar on board 7. A tough gig for Abakar making his debut, and inheriting a tighter than normal time control given he stepped in due to a no-show. There was no chance of Robin going easy on the youngster though. Tactics abound and the hammer soon fell. 1-1

Kostis continues his fine unbeaten run in his Hammer career with a somewhat fortunate win against Dan. Ruggers built up a strong positional edge flowing from a solid opening, and looked ready to take control, before a mistake allowed a Knight fork on Rook and Queen. Dan threw everything forward to try to score a retaliatory attack, but it wasn’t to be. 2-1 to Hammer 2

The Italian Job in board 1 was settled in Tomasso’s favour, as he managed to out-maneouvre Matteo in an extremely open tactical struggle. I didn’t see the game develop but the position looked like Tommaso had once again employed his trademark style of favouring fast development over nice-to-haves, like pawn structure! 3-1

Dipender overcame Shiraz in a good encounter on Board 6. Things looked fairly even until a capture with check turned the tide in Dr Gill’s favour. He now had a centralised Queen and the initiative to pick holes in Shiraz’s defence. 4-1

Andrew continues the fine form that won him last season’s Most Improved Player accolade, with a fine draw against Adam – graded some 23 points higher! I wonder what that gap will be next season! Andrew is improving quickly and surely has the potential to push on towards the 130-range within the next 12 months. A draw a fair result on the night. 4.5-1.5

The final two matches went to the wire. Simon and John played out a very entertaining draw, which pitted legal eagle against executive chair of the JWDC. A prestigious match-up if ever there were one. John has claimed to ratchet up the pressure but Simon parried well, reducing proceedings to a tense endgame with both Queens on the board. As is often the case in such situations, a perpetual check is never far away and discretion proved the better part of valour as a half-point apiece was secured. 5-2

The match of the evening was reserved for the last to finish. A titanic struggle between Blair and Nadhmi, played infant of the baying masses with only seconds remaining on the clock. We had a well-balanced, tense middle game with blocked pawn chains and myriad tactics ready to be unleashed if someone made a wrong turn. Nadhmi looked the more likely to progress, slowly building pressure on the Queen-side with doubled rooks and a useful looking knight.

Blair defended brilliantly and kept finding the right resource in order to keep Master Auchi at bay. With a couple of minutes on the clock, Blair broke free with an advanced pawn and looked to romp home before Nadhmi sacrificed his Bishop to carve out the defence and push for a crushing attack.

Great chess on both sides, but there had to be a winner and Blair coolly played through to take the win, seemingly ignorant of the ticking clock. I think I felt more pressure watching it!

6-2 and the match awarded in favour of Hammer 2.

A great evening’s chess, and thoroughly enjoyable being part of it. I’m sure both sides have much to look forward to over the course of the season.

But alas, time waits for no man and the same is true for Hammer. Both sides are in action again in short order:

Hot off the Press!

And a quick note on last night’s result at Greater London, where our London Division 6 HEDGER team took on stalwarts GLCC.

A keenly-contested match saw Dan Rugman on top board, stand-in Captain Andy on two, and youngsters Taymoor and Laith on three and four respectively.

With all boards deciding to go quick-play, the match was over by 8.30pm and I’m pleased to report that Hammer secured a creditable 2-2 draw against our hosts, who outgraded us across the shop.

Particular credit must be given to Taymoor, with a fast-paced romp home in little over an hour, followed soon after by Andy edging out his opponent. At 2-0 up (game presented below), Hammer looked in great shape and with an outside chance of forcing a win.

Alas, it wasn’t to be – despite level-pegging for much of their games, both Dan and Laith eventually succumbed to a combination of sharp tactics, and unfortunate errors. However, both played solid games and there will be much more to come from them this year.

Still, a good result for the team and much to be positive about for all four Hammers.