After the shortest AGM in Hammer history, the hammerites got down to the fun part of the evening – the final leg of our three-tourney-cycle to determine the Handicap Blitz Champion of the Club for the 2017-18 season.

Twenty-three of the best of our club entered this final round with the two blitz gurus of the club, Chairman Bajrush, and Carsten, vying for top dog status. They were #1 and #2 in the rankings after the first two rounds and surely one of them would emerge as the champion? 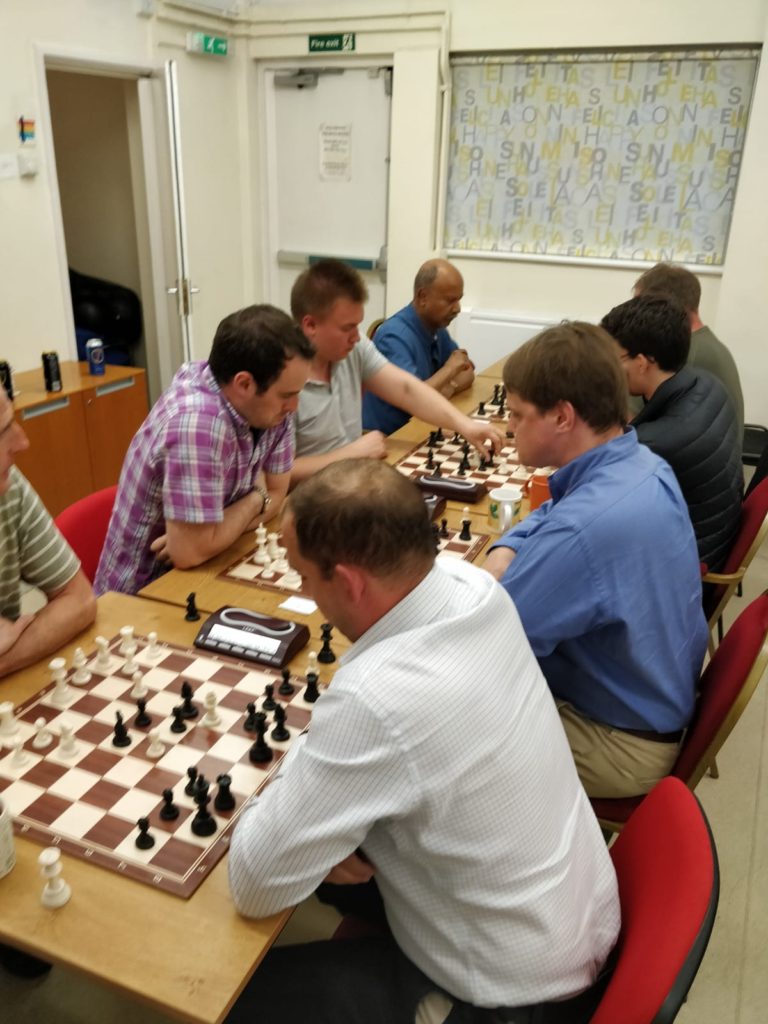 However, matters were not so simple, with 23 points up for grabs for first place in this final round.

Without further ado I can announce that the winner of the third-round of the Blitz Tourney with a perfect 8/8 was Tony Niccoli.

Not only that, but he also seized the overall title as well with this superhuman performance that propelled him into first place. A stunning score of 43.5 points. 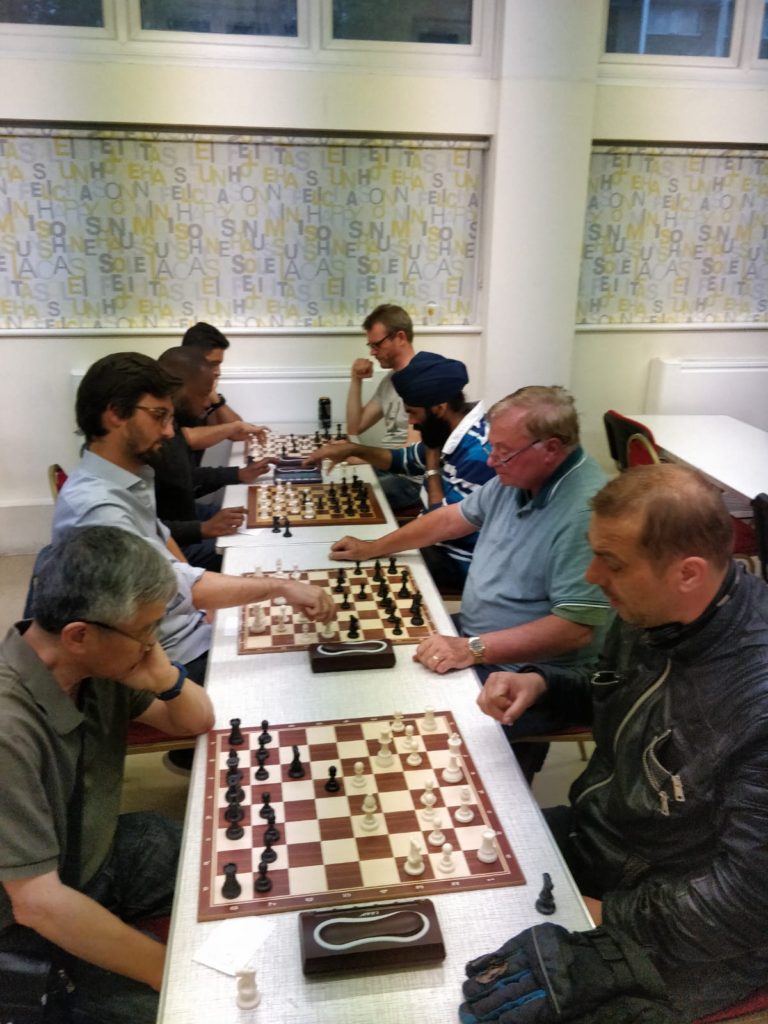 In second place was new member Thomas, with a total of 42.5 points – another epic performance.

In third and fourth respectively were bookies favourites, Carsten and  Bajrush.

The best result of the night was Robin Lee, who finished joint 5th despite being ranked 15th – a really stellar performance.

A big vote of thanks must go to Adam who ran the tournament really well and used the software expertly to keep matters rolling along.

So, we have a new champion – yet another sign of all the changes happening in our vibrant club – roll on next season! The best is yet to come.

The tournament results in full: 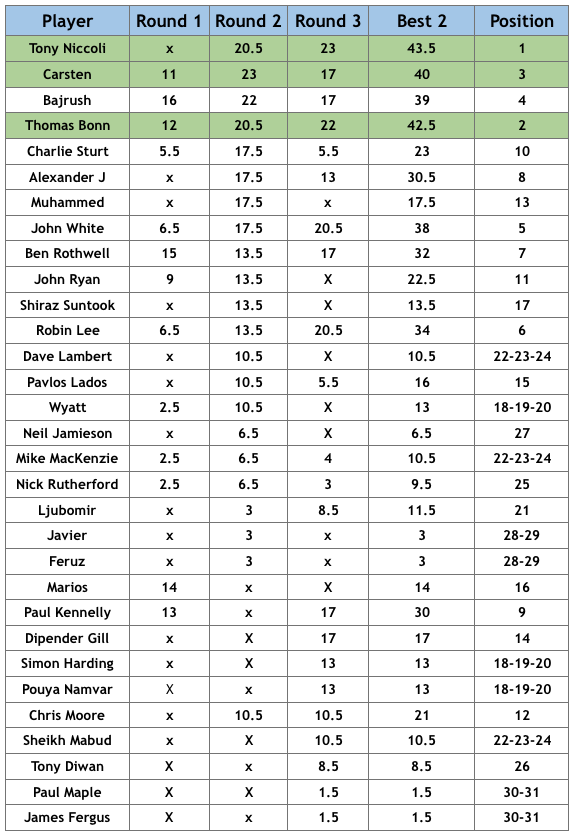 One thought on “Stop the Press!! Hold the Front Page!!!”