It was back on September 6th 2017 when we first announced our new, season-long RapidPlay competition. Over 7 gruelling rounds since, we’ve edged ever closer to discovering our first Champion in the inaugural Hammersmith RapidPlay Championship!

Round 7 – played across the month of April – didn’t turn up too many surprises, with most results running largely to form. However, there are two results worthy of note, both of which may well be instrumental in deciding the award winners at the end of May, as our 8th and FINAL Round draws to a close. 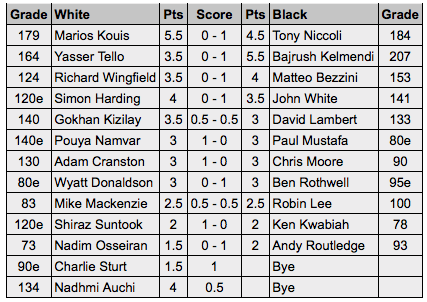 As we look ahead to the pairings for Round 8, let’s remind ourselves of the 4 award categories as well as the runners & riders still in contention to claim victory: 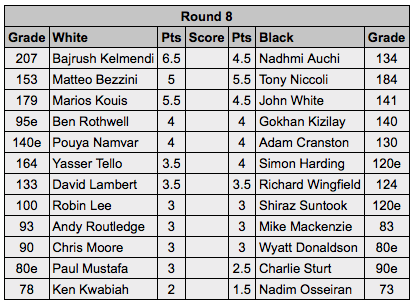 Monday 21st May has been allocated a “RapidPlay Night” at the club, so we’d love you to play your match there if you can.

However, we know that won’t be possible for everyone; not least Bajrush, Tony and Marios who are in action that night. Either way, please get in touch with your opponent asap so you can organise your match as quickly as possible. We’d love to have the tournament sewn up by that Monday if possible so we can hand out the gongs on the night!