Absence makes the heart grow fonder, and none more so than in chess! After a break of a few years, we are delighted to report that the Hammersmith League is making a comeback!

The League in its original form was always a local, casual arrangement between a handful of clubs in West and South-West London, providing face-to-face game opportunities for juniors and new or inexperienced players from the clubs involved, in addition to their other league setups. 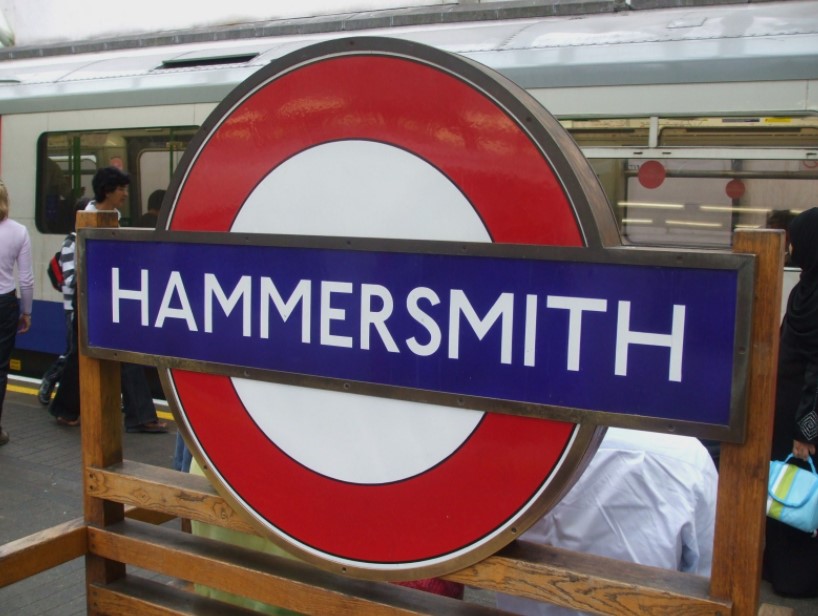 With that in mind, the ethos of the League remains and we think this will really appeal to many of our newer members, and those looking for more experience over the board. There will be three Gameweeks as follows, with all games to be played at The Anvil/Lytton Hall.

Hammer will be entering two teams, with Wyatt and Ben having agreed to stand as captains – thanks chaps! Battersea will also enter a team, along with SW London juniors. Look out for an email or two from our captains soon, as they look to nail down teams for the fixtures.

The rules are as follows:

It’s a welcome addition to the chess calendar, and we look forward to the first round in March!

No match reports this week, but we are delighted to report a trio of great results.

On Monday, the Middlesex team ground out a superb result in League 2, squeaking home 4.5-3.5 against Albany. A hastily assembled match card is presented for your enjoyment: 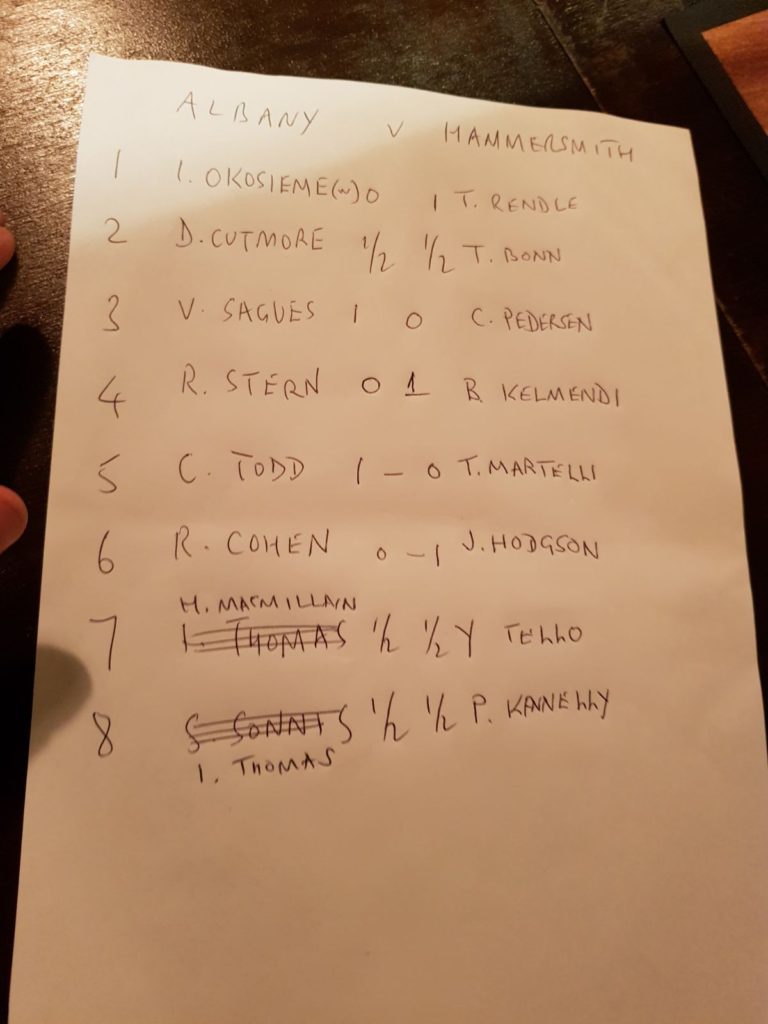 With Carsten & Bajrush on boards 3 & 4, hopefully you get some idea of the standard of chess being played!

This was followed closely by a superb 5.5-2.5 victory for our London 4 team. The scorecard tells it’s own story, with us being out-graded by 14 points on average – a phenomenal result!

Particular credit must go to Charlie, achieving a draw against an opponent graded 38 points above him. And a special mention for Wyatt – not only for the superb win in beating a much stronger opponent, but also for stepping in last-minute to fill a late drop-out. Brilliant stuff – our new Super Sub! 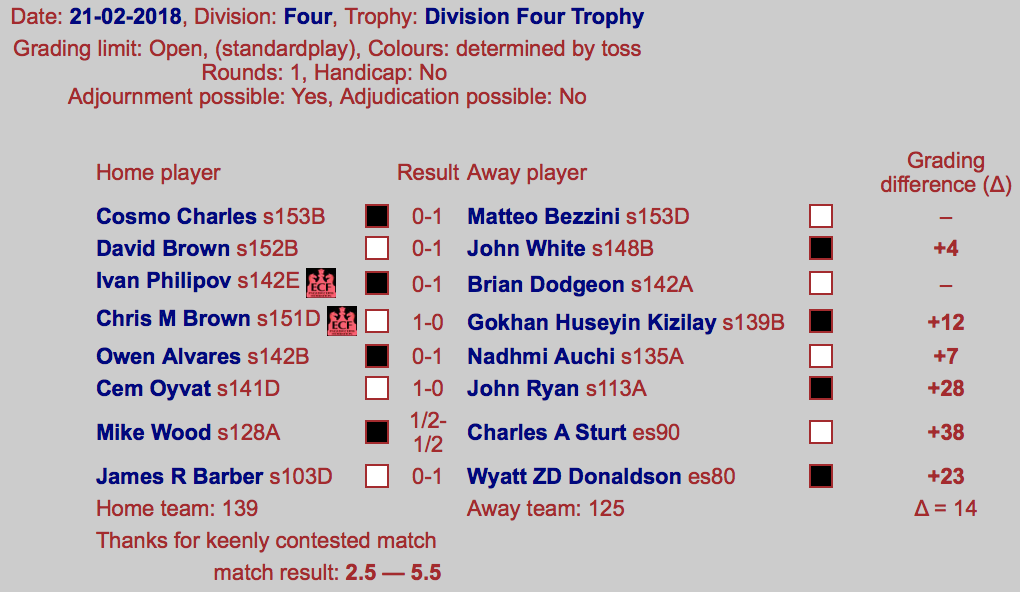 And finally, our London 6 team achieved a creditable draw against one of the League’s strong teams, Hackney. Particularly good result for Nick, with a charming draw on board 3 against a stronger opponent.

The day is almost upon us – GM Jon Speelman is down at the club tomorrow evening to give a lecture on all things chess & tactics, plus some chess anecdotes, and he’ll be stopping round for a Q&A session! Don’t miss it!!

If you haven’t done so already, please get in touch to sign up today!

You can’t keep a good club down. Our efforts have been picked up by local councillor, Harry Phibbs, who invited our PR guru John to write a guest blog post for the Hammersmith & Fulham Forum website.

It’s a great little piece – have a read for yourself: