Unlucky for some, we are back for our thirteenth installment with another puzzle.

But first, to last weeks. It was another superb response from Hammerites with no fewer than 10 attempts – many of them not from Charlie!

The first correct reply was from Mohammad – well done to you sir! An honourable mention must also go to Gokhan with a slightly later, but equally correct, effort.

It was no mean feat – full solution as follows:

Black is now in Zugzwang! The actual game went 1.f4 f6, and black won, a tragedy for “Die Kleine Lasker” who would have won the city championship with a win in this game. (Source: The Bobby Fischer I Knew, Arnold Denker).

So to #13- White to move, answers in the comments please: 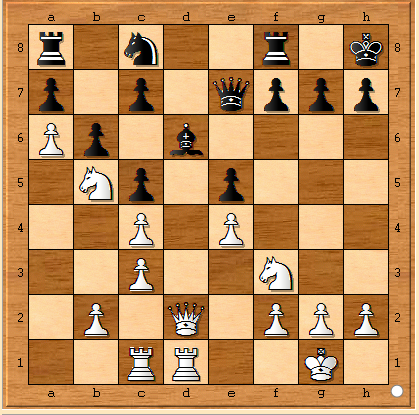