29.04.17 – This time last year our Club submitted an article to the English Chess Federation about the initiatives we were implementing in an effort to revive the Club and recruit more members (link here). It represented an attempt to share our experiences of how we had turned around the slow decline in our Club’s fortunes & membership, with a view to benefitting others experiencing similar difficulties.

As a result, the ECF’s publicity manager, Mark, got in contact to see if we would be interesting in hosting a “Chess Master at the Local” event in a local cafe or pub to promote chess in the community. Hammersmith gratefully accepted the offer, but we wanted to go beyond the confines of a building and take the event to the streets!

Furthermore, we wanted to combine it with a fund-raising effort for the local branch of Mental Health charity, MIND. As most of you know, MIND is the adopted charity of the ECF and a perfect companion to our great game.

So, with the help of Mark and the ECF, we recruited Lateefah Messam-Sparks for the day. We were also able to secure Lyric Square in Hammersmith for the event. For those of you not familiar with the geography of West London, the Square sits outside the famous Lyric Theatre, right in the heart of the shopping district and the passing hordes.

The main point was that we had the opportunity to take our game to the heart of our community, giving us the best opportunity to raise awareness of the game, much needed money for MIND, and promote our club.

After overcoming numerous obstacles, such as public liability insurance(!), planning for inclement weather, logistics, manpower and getting MIND on board, we set the date for 29th April 2017.

Extensive use of social media and our contact with fellow London Chess Clubs was to be central to the success of the day.

The next thing was to form an event management committee and start the process of pulling the event together. This was duly done and delivered, and whilst we did not achieve every aspect of the plan – you learn more in the first hour of the event than the entire month of planning beforehand! – we did deliver in spades on the fundraising, the promotion of our game to the masses, and the advertising of Hammersmith Chess Club.

An incredible sixteen Hammersmith players volunteered for the event, most for the whole day. We had a total of 14 boards and clocks in place, and I’m pleased to confirm they were in constant use for most of the day! Our members also proved adept at collecting money for MIND and encouraging people to have a game. This is a crucial lesson – you have to door-step members of the general public and get them involved! 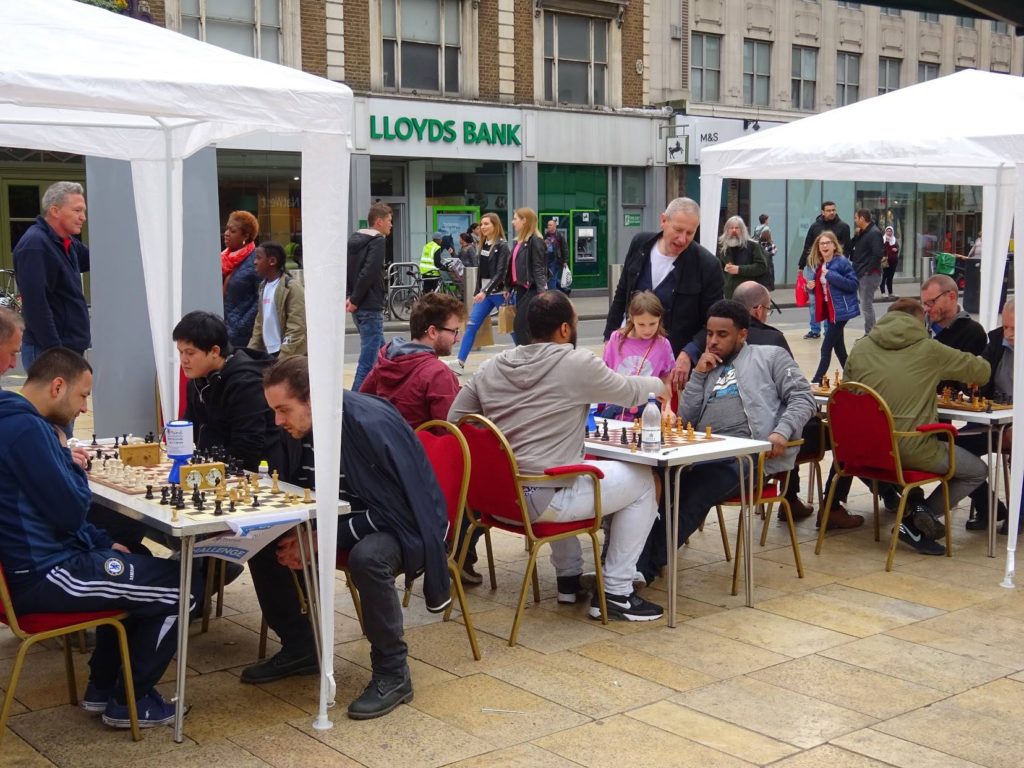 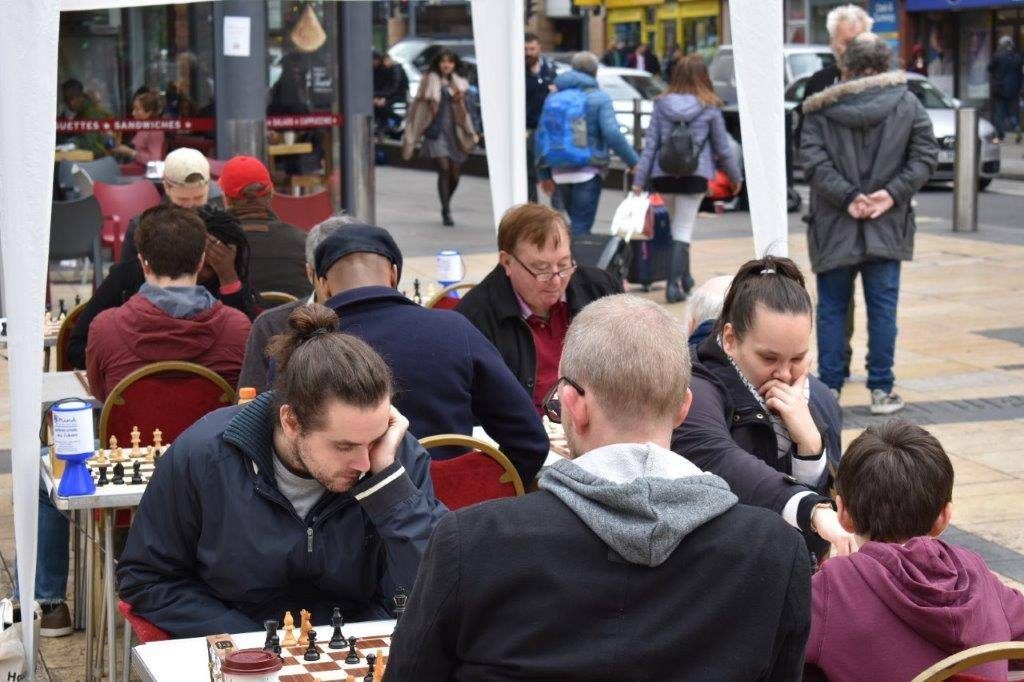 For their part, the Great British Public delivered enormously too. It was a real thrill to see people of all ages and backgrounds sit down for a game – within a couple of hours we’d played chess against: a series of old-timers who “hadn’t played in ages” (that old chestnut!!), scores of youngsters in town with their parents who were overawed with excitement at the unexpected prospect of a game, young men and women out for the day who stopped by for a (sometimes highly-competitive!) game, people with luggage on their way to Heathrow, and a pair of Dutch chaps in town for the weekend, amongst many, many others.

The day had so many highlights and here are just a few that stick in my mind:

So, on reflection the day was a huge success for all concerned. In fact, we are holding a club Open Evening on 15th May as a follow-up for the people who expressed interest in chess, and our club.

There were also many learnings from the day, which of course we’ll address as we move forward. The overwhelming feedback is that this should become an annual event!

We must thank Mark and the ECF for their help and guidance, the members of the Club who gave up their time for a game they love, and Hammersmith MIND, whose participation gave the event an added and welcome focus! 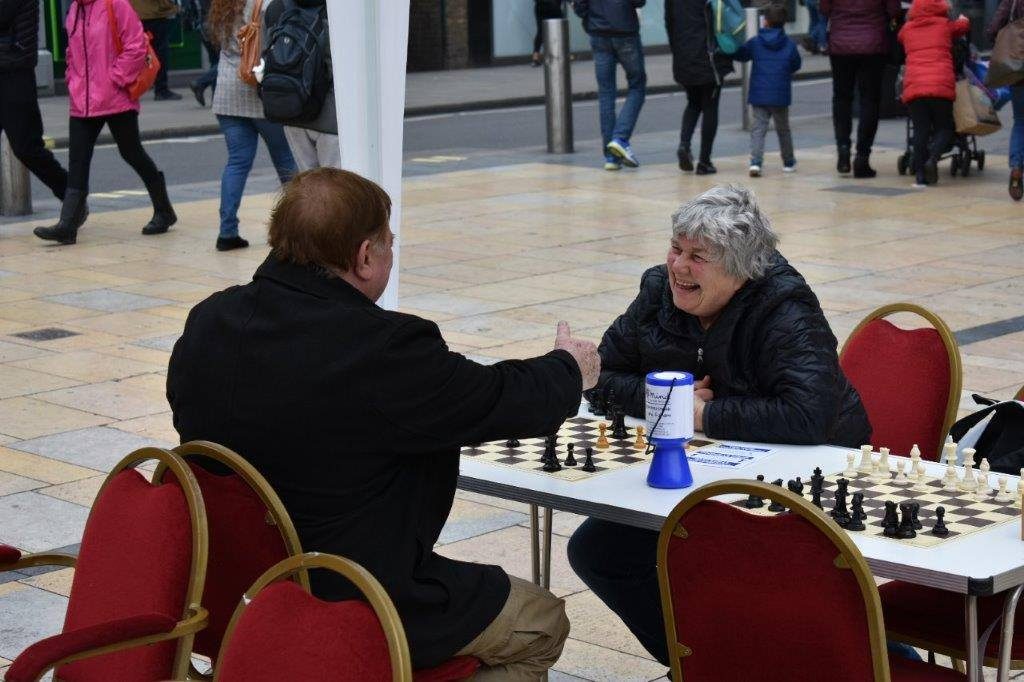 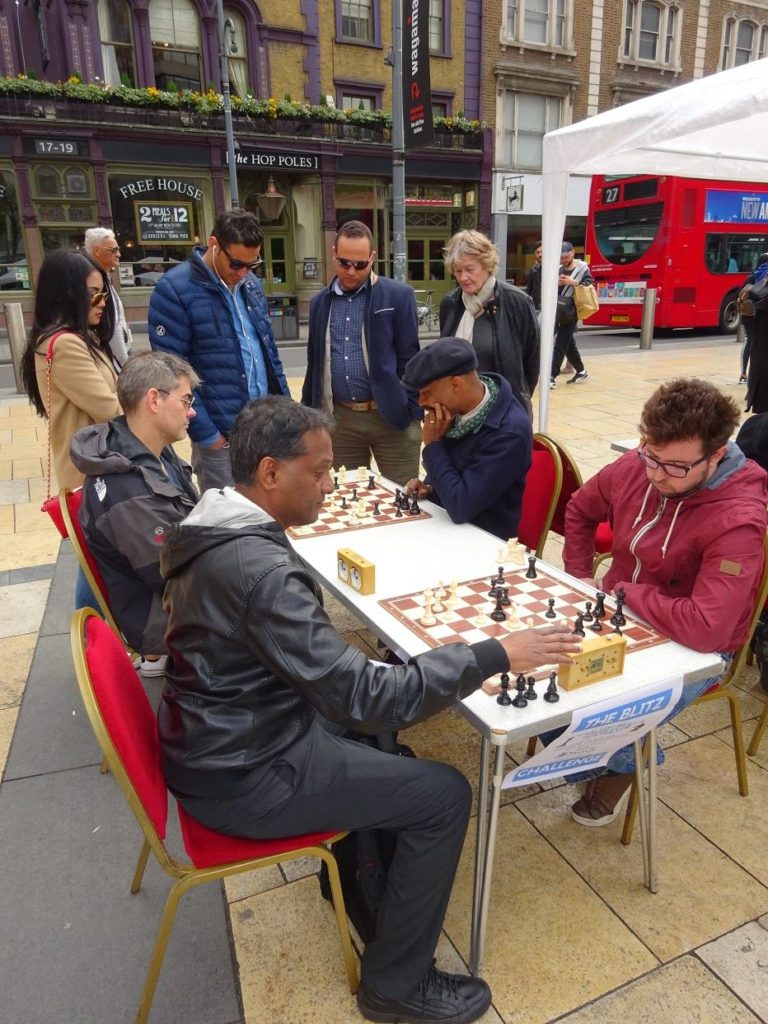 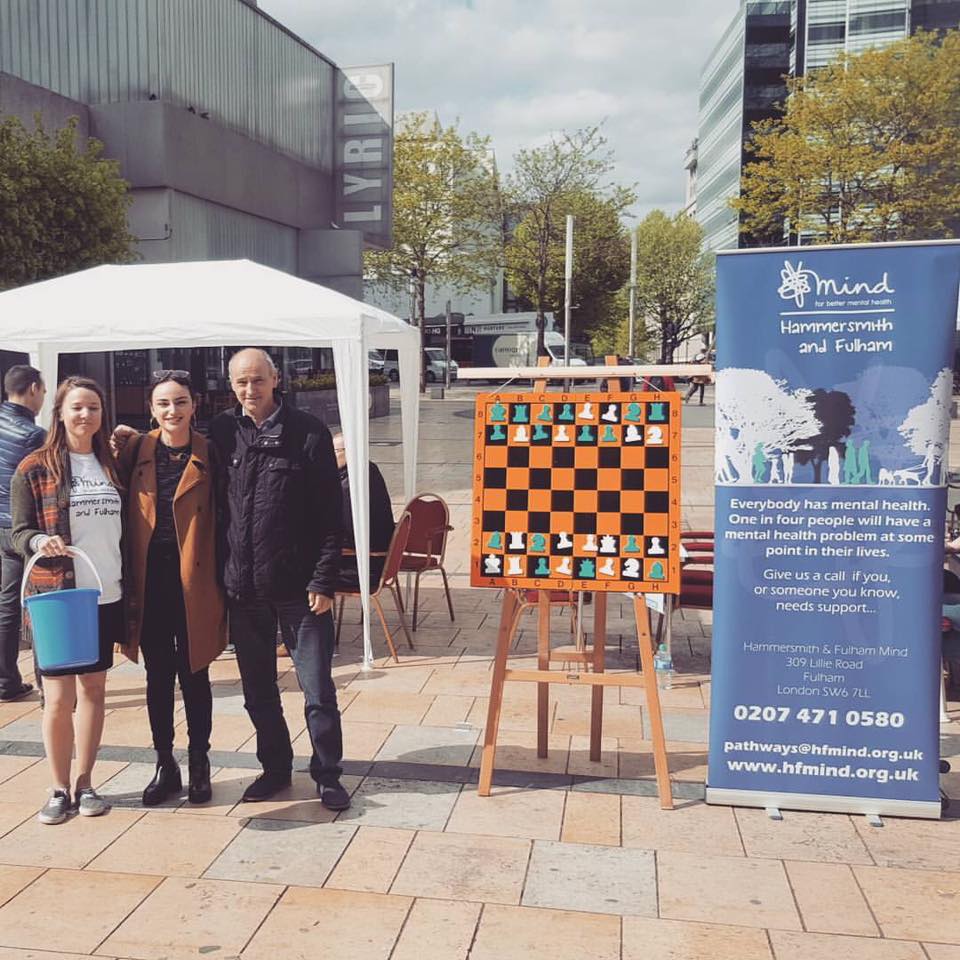 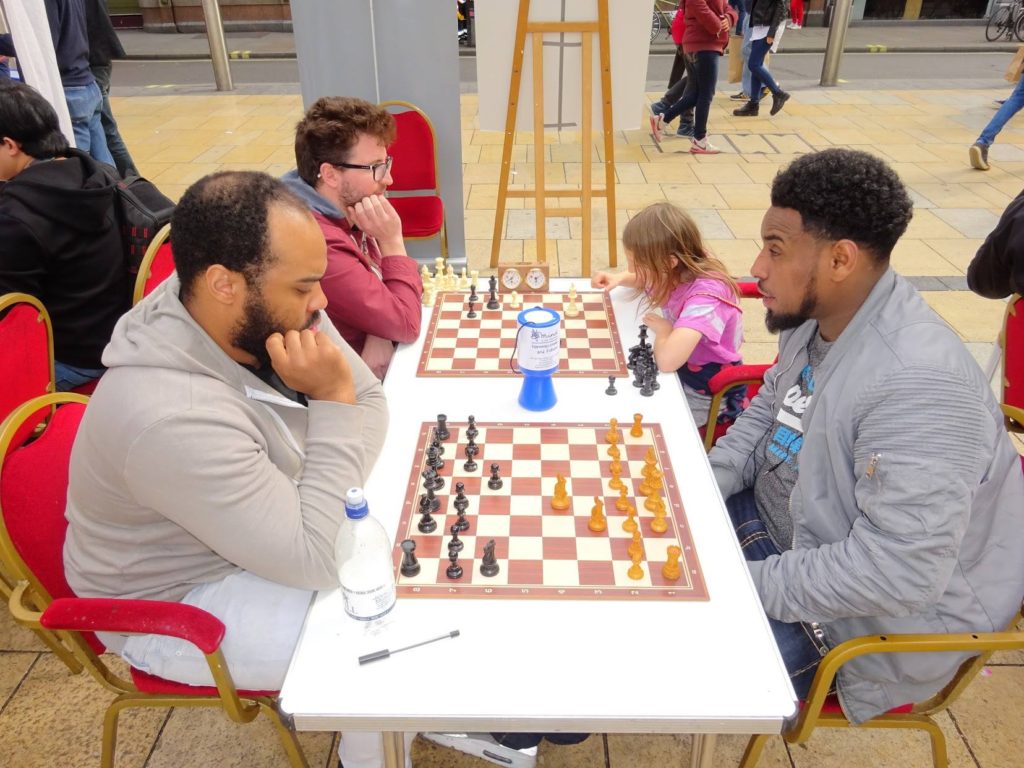